A young mother and her friend look on as her baby son pretends to drive their automobile in the main square of Nachod. 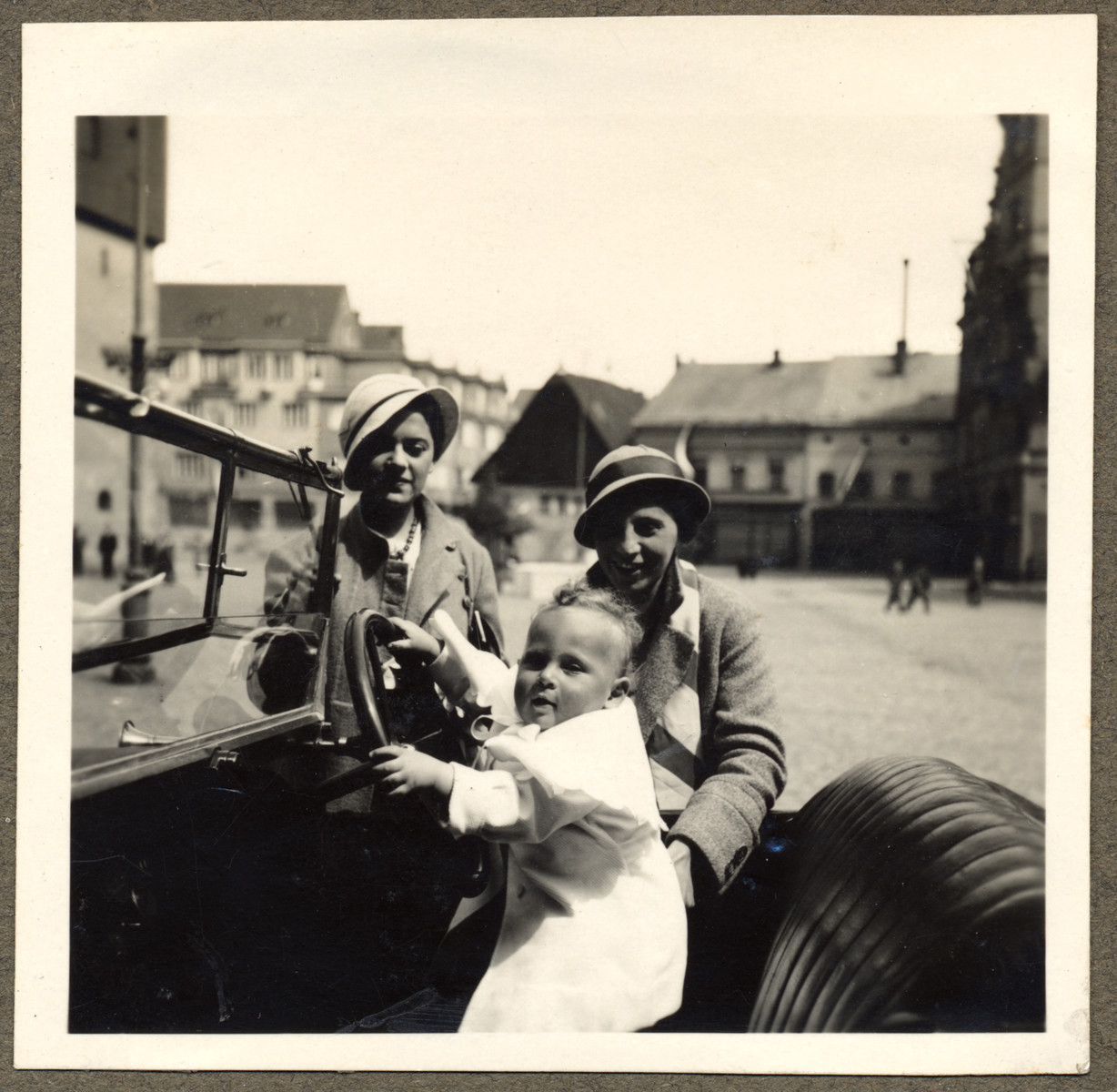 A young mother and her friend look on as her baby son pretends to drive their automobile in the main square of Nachod.

Pictured are Lotte Kraus (right) and her son Michal. On the left is Hela Hancl who was half-Jewish and married to a non-Jew and therefore spared deportation.