Young Dutch-Jewish children brought from the creche to a children's home by the Dutch underground play in a nursery class. 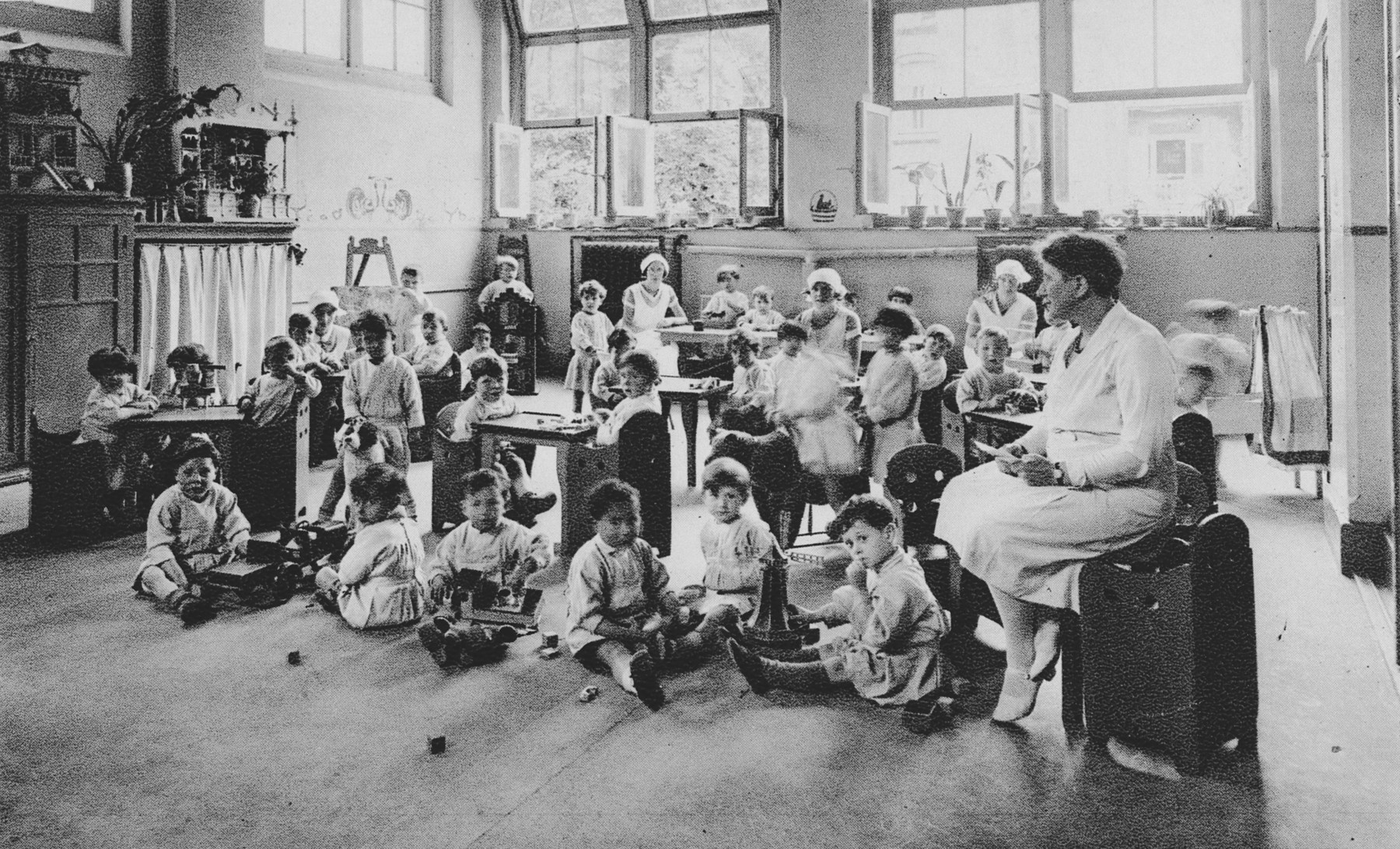 Young Dutch-Jewish children brought from the creche to a children's home by the Dutch underground play in a nursery class.

Pictured on the left is Henriette Pimentel.

Biography
Hilde Jacobsthal (now Goldberg) is the daughter of Walter and Betty (Littauer) Jacobsthal. She was born on February 18, 1925, in Berlin, where her father worked as a designer and manufacturer of women's clothing. Hilde had one brother, Joachim. In 1929, the family moved to Amsterdam. During the next decade Walter became active in the Jewish religious reform movement. Together with Otto Frank (the father of Anne Frank, whose family left Germany for Amsterdam after the Nazi assumption of power), Walter founded the Liberale Gemeente [reform congregation]. Increasingly, he also became involved in refugee assistance to the growing number of German and Austrian Jews who were flocking to Amsterdam on their way to safer havens from Nazi persecution. The Jacobsthal home became a way station for many refugees, but the family itself did not flee Holland before the German invasion. In the early period of the occupation Hilde continued her high school education. When Jews were barred from attending school, she trained to be an early childhood educator. After the ghetto was established in Amsterdam, Hilde worked at a childcare center in the Joodsche Schouwburg, from which Jewish children were taken into hiding with the help of the Dutch underground. In July 1943 after a brief stay in the countryside, Hilde returned to Amsterdam to discover that her parents had been deported and their apartment boarded up. She then resolved to join her brother, who was fighting with the resistance in Belgium. Using false papers nineteen-year-old Hilde made her way to Belgium, where she began work for the underground as a nurse and ambulance driver. Her brother was subsequently captured and interned in a camp for resistance fighters, but managed to survive. After the liberation Hilde and Joachim were reunited with the help of the Red Cross. Hilde then decided to join the Red Cross in the hopes of locating her parents, but was not successful. Hilde's first tour of duty was in the newly-liberated Bergen-Belsen concentration camp, where she arrived with the first British military and medical units on April 15 in the midst of an epidemic. In addition to nursing the survivors, Hilde served as their translator. She later went to work for the American Joint Distribution Committee, establishing childcare centers in Belsen and Blankenese. There she met Max Goldberg, a doctor who had come from Switzerland to help the survivors. The two were married and in 1947 immigrated to Palestine. There they served in medical units of the Haganah. After the Israeli War of Independence, the Goldbergs went to live in Switzerland for a short time before emigrating to the United States in 1950.