A Jewish policeman walks down the street in the Warsaw ghetto. 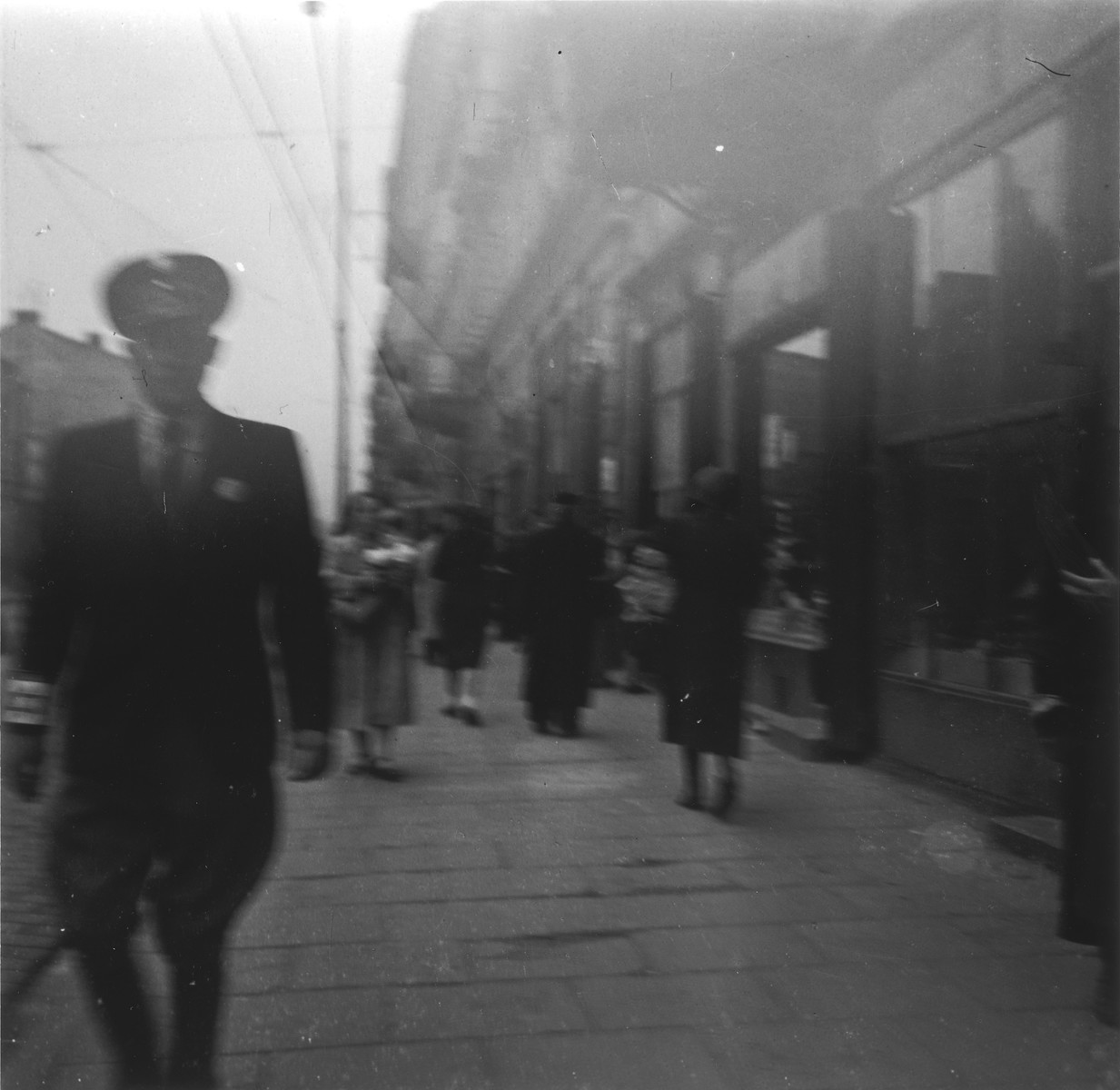 A Jewish policeman walks down the street in the Warsaw ghetto.

Joest's original caption reads: "That was a man from the Jewish police. Most of the people avoided him just as they did the German soldiers, although the policemen only had rubber clubs and the soldiers had guns. On this day, however, I heard no shots."