A Jewish mother retrieves her two daughters after the war from their hiding places. 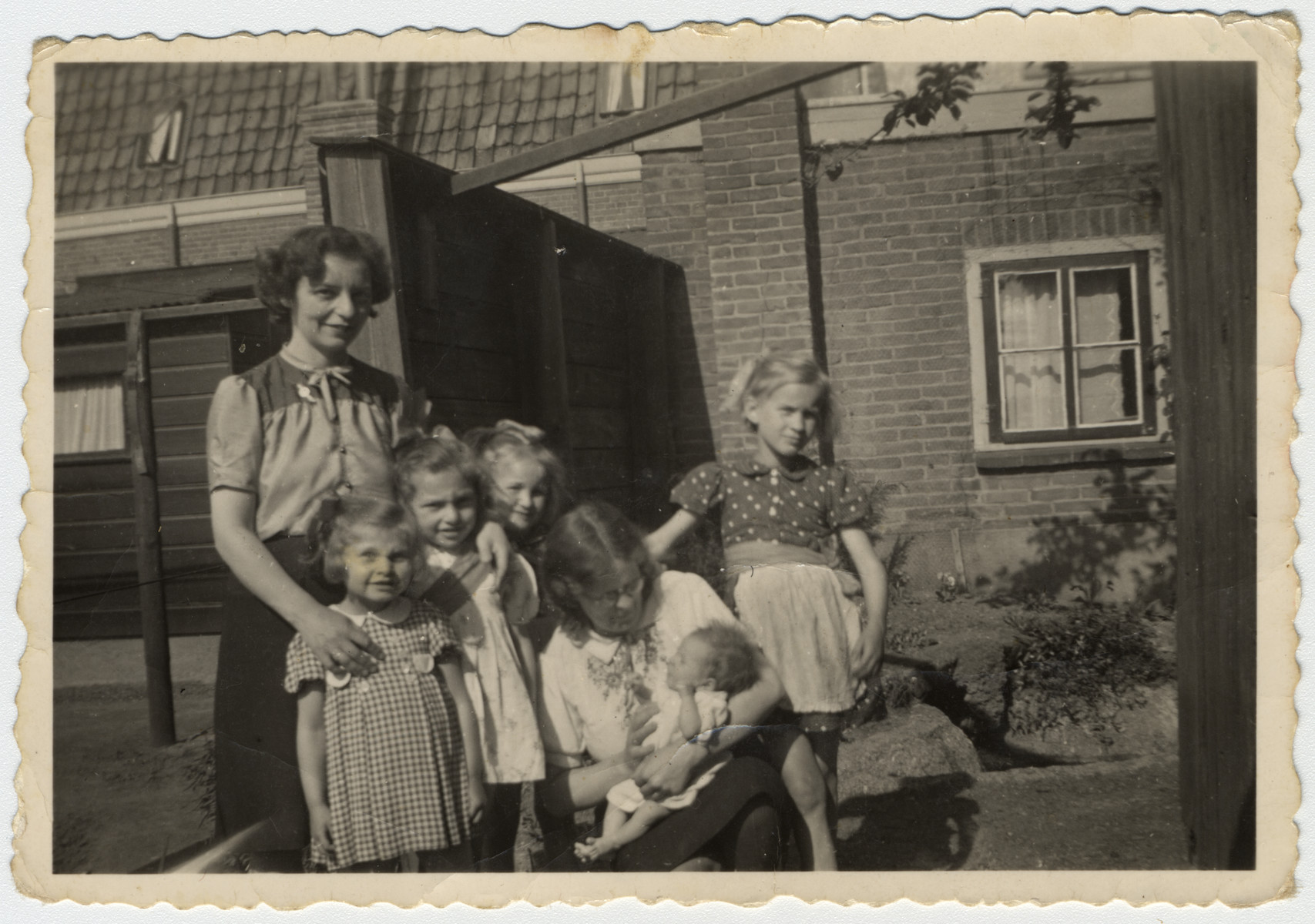 A Jewish mother retrieves her two daughters after the war from their hiding places.

Hanna Kleerkoper is standing on the left with her arms around her two daughters, Elisabeth and Marjetta. Marjetta's rescuer and foster mother, Cornelia van der Kamp, is seated holding her own infant. The other two girls are also daughters of the rescuer.