A large group of Lithuanian Jews pose on the steps of a wooden building in a summer colony in Palanga. 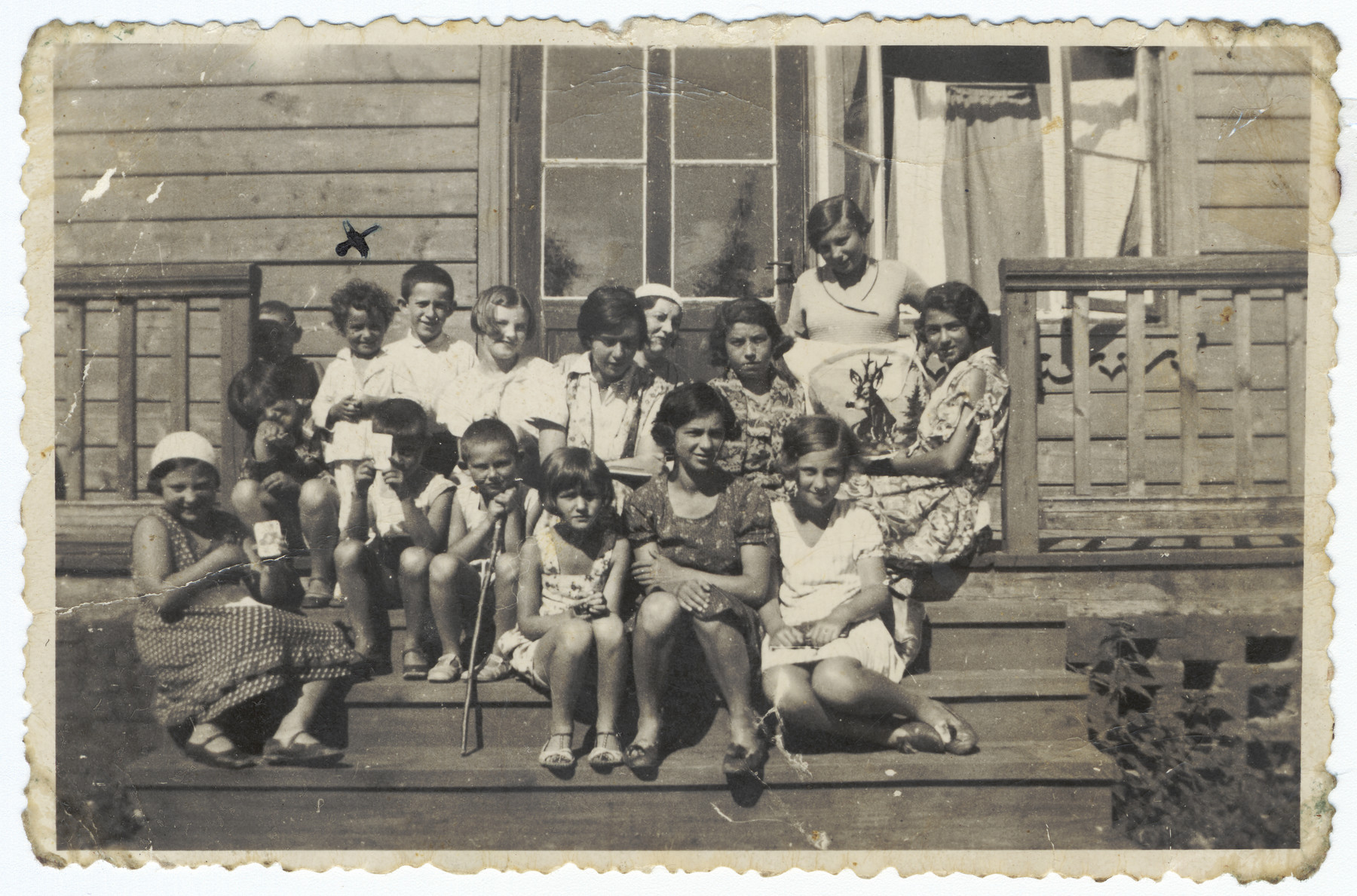 A large group of Lithuanian Jews pose on the steps of a wooden building in a summer colony in Palanga.

Pictured at the top left under the x is Rina Ilgovsky.