A young boy rides his tricycle next to his older sister in the Hallein displaced persons' camp. 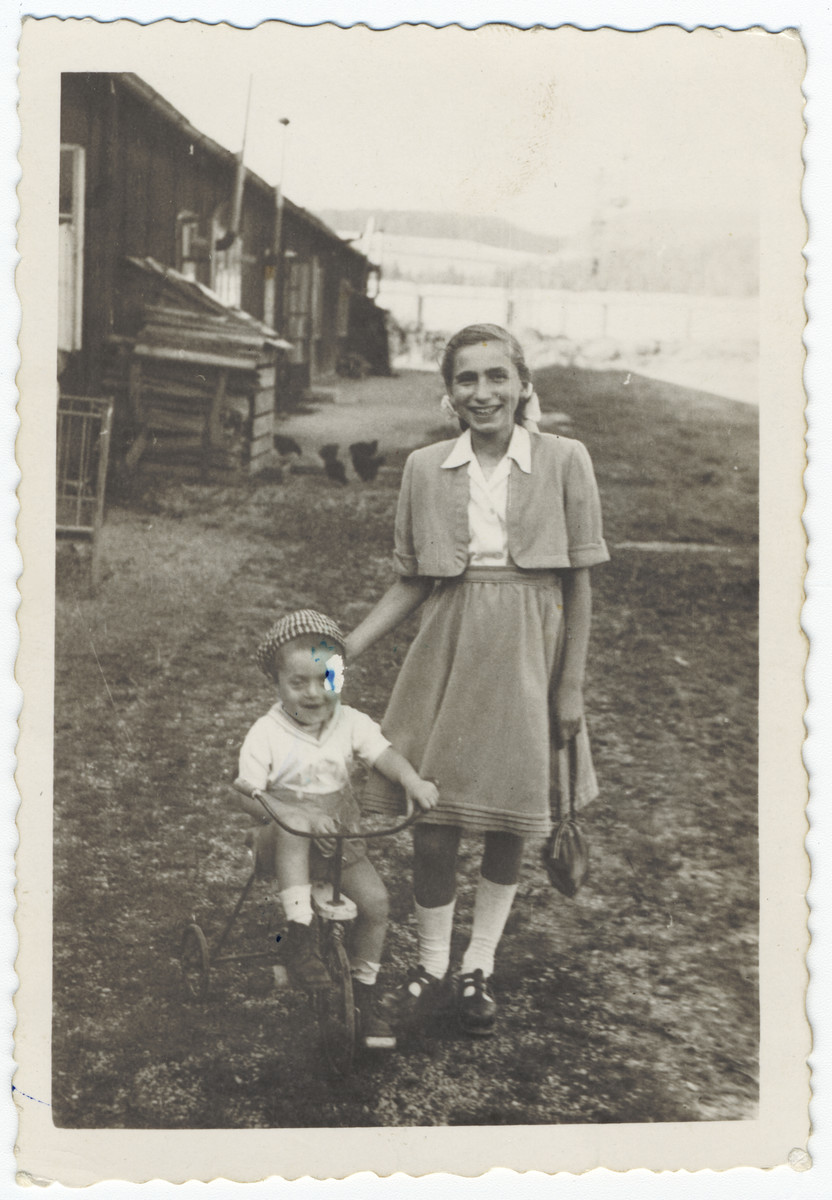 A young boy rides his tricycle next to his older sister in the Hallein displaced persons' camp.

Pictured are Yakov and Eva Freedman.