Group portrait of girls in an Orthodox Jewish elementary school in Budapest. 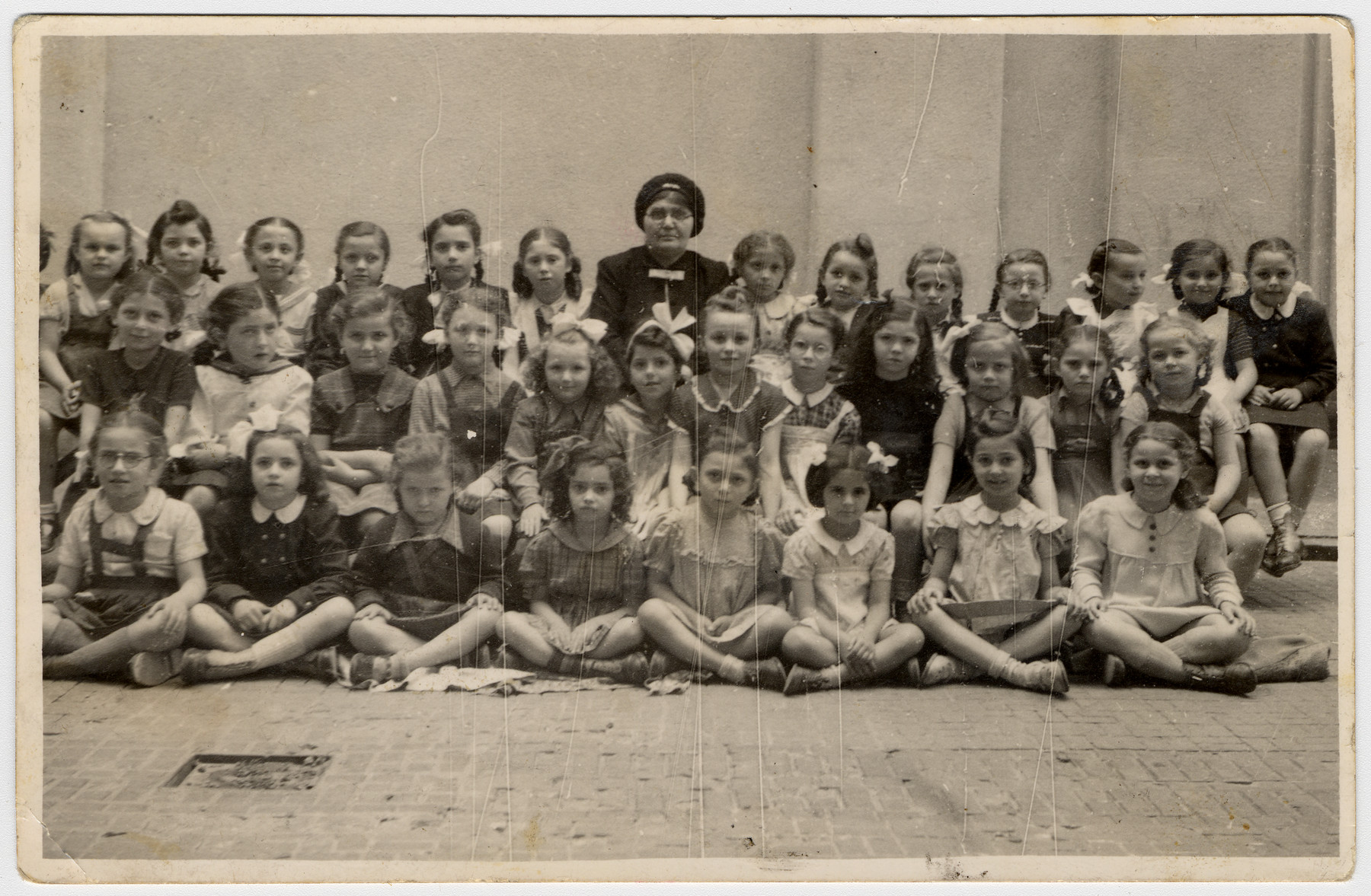 Group portrait of girls in an Orthodox Jewish elementary school in Budapest.

Among those pictured is Zsuzsa Rubin in the back row, second to the right of the teacher.