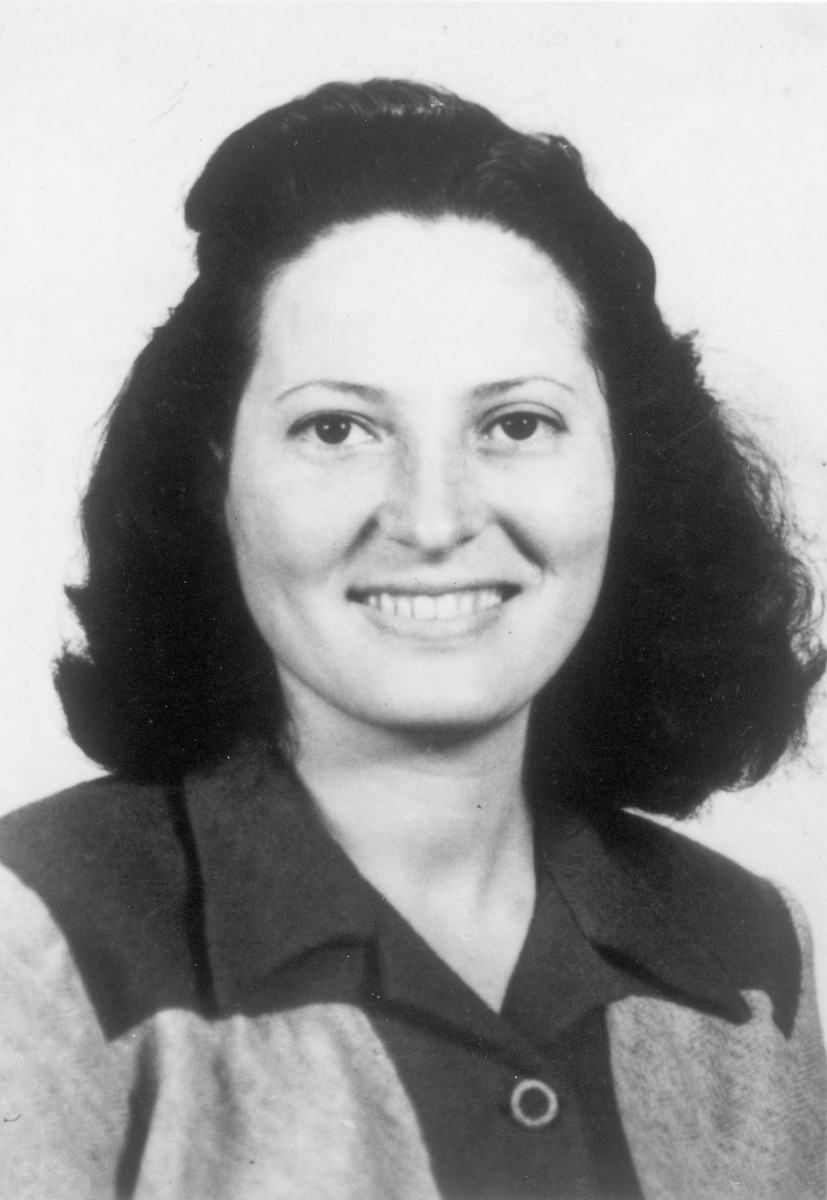 Biography
Eva Josefsson (born Eva Basz) is the daughter of Ignac and Julia (Engel) Basz. She was born to Jewish parents in Ujpest, Hungary on July 15, 1923. She had three sisters, Elvira (b. 12/3/1926), Judit, Magda; and a brother, Lajos. Her mother Julia felt spiritually dissatisfied and began searching for a new religion. Through another Jewish woman, Erzsebet Slezinger, she made contact with the Jehovah's Witnesses. Eva followed in her footsteps and both were baptized in the Donau River in 1941; Eva's father and siblings remained Jewish. After her conversion, Eva began preaching full-time going door to door. She encountered a lot of resistance from parish priests who asked parishioners to notify him or the police if a Jehovah's Witness came to proselytize. One day Eva and her fiend Juliska Asztalos came to the home of boy who expressed interest and wanted more information. When the two women returned for a repeat visit to lend him something to read, the police were waiting for them. The women were immediately arrested, and taken to the police station in Dunavecse. There, Ewa was humiliated, beaten, and raped by Arrow Cross policemen trying to force her to release the names of other Witnesses. In spite of the torture, she did not comply. Eventually they were transferred to a jail in Nagykanizsa where many Jehovah's Witnesses already were interned. There, Eva participated in clandestine religious meetings and prayer sessions and befriended another Jewish Witness, Olga Slezinger (Erzsebet's sister). After the Germans began implementing the Final Solution in Hungary in spring 1944, Olga and Eva were removed from the jail and deported to Auschwitz. The Nazis wanted to mark them with Jewish stars, but they insisted that they receive the purple triangle of Jehovah's Witnesses. Eva and Olga were beaten but they did not yield and eventually were sent to a barracks along with other Jehovah's Witnesses. One day Eva met her own younger sister Elvira who told her that her parents, two sisters and baby brother all had been killed. (After the war Elvira immigrated to the United States and also became baptized as a Jehovah's Witness.) In January 1944 as the Soviet Army approached Auschwitz, Eva was transferred to Bergen-Belsen. From there, she and Olga were sent to go to Braunschweig to do clear the rubble from Allied bombing attacks. The two women decided that to participate in this assignment would be a violation of their religious principles and refused to work. In response they were beaten with leather whips and threatened with execution. For several days, they were forced to stand outside without anything to eat, but then they were sent back to Bergen-Belsen. By then both women were quite ill; Olga passed away shortly before liberation. After the war, Eva spent three months recuperating in a hospital and then immigrated to Sweden. Four years later she married Lennart Josefsson, another Witness who had been imprisoned during the war for refusing to do military service.