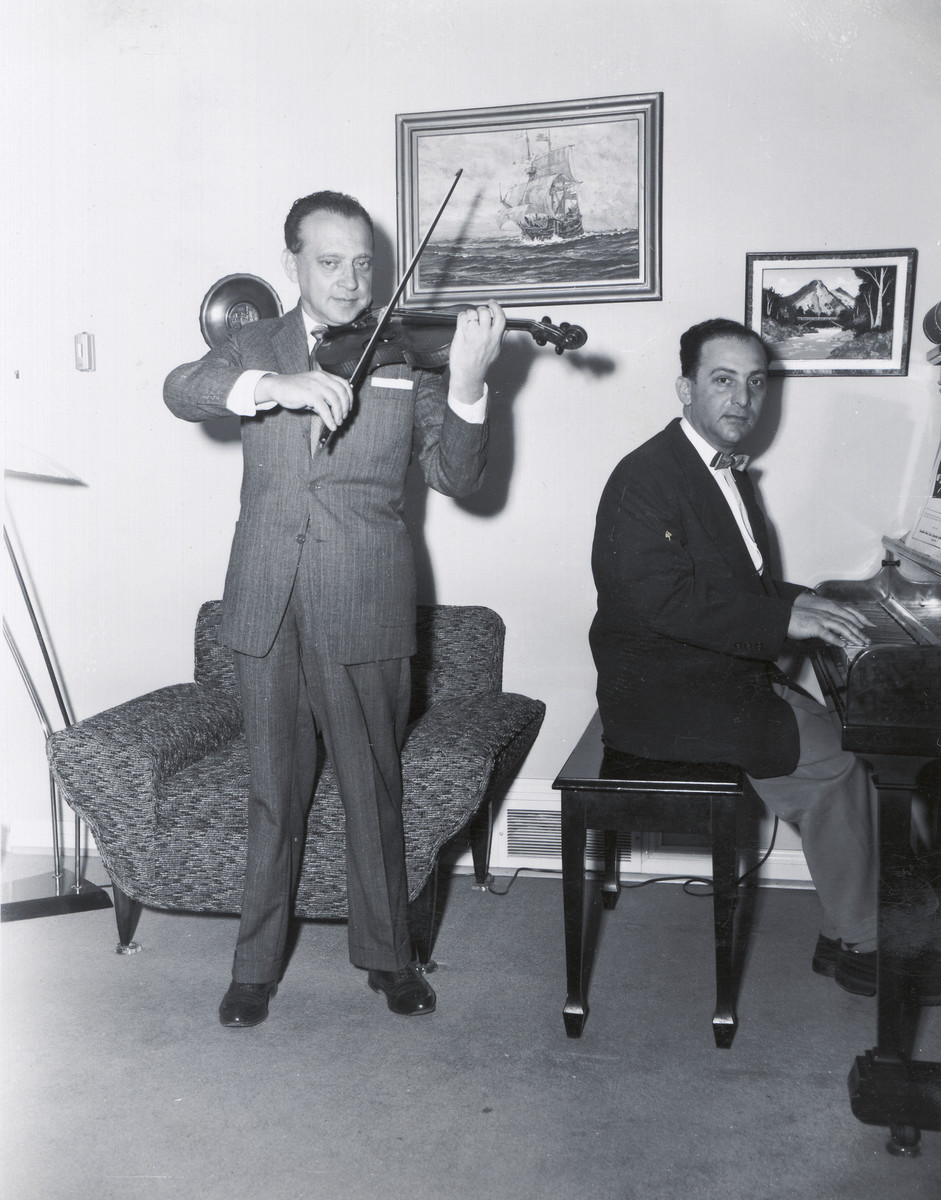 Pictured are Waldemar and Leo Szpilman.

Biography
Leo Spellman (originally Lazar Szpilman) received his first music lessons from his father Rivn, a well-known violinist and orchestra leader. He began his professional life at age nine, working after school as a pianist in a local movie house. Adept in both classical and popular repertoire, the young Szpilman played with municipal orchestras and traveled with dance bands to tourist resorts in southern Poland. When German armies occuped Poland, Szpilman returned to Ostrowiec, where he helped establish the ghetto orchestra. His musical gifts drew the attention of a guard, who lightened Szpilman's workload in exchange for accordion lessons. The guard later helped him and his wife Mary escape to the nearby forests. At the end of the war, the couple emerged from hiding and eventually arrived at the displaced persons camp at Furstenfeldbruck, near Munich. While employed as a pianist at the Officers' Club at Furstenfeldbruck, Szpilman composed his Rhapsody 1939-1945, which premiered at the camp in 1947 and was given a second performance at the survivors' conference in Washington, D.C. in January 2000. In 1948, Szpilman immigrated to Canada and has since worked steadily in Toronto as a composer, concert pianist, cantorial accompanist, and music director of the Toronto Jewish Theater.