Portrait of an Austrian Jewish family. 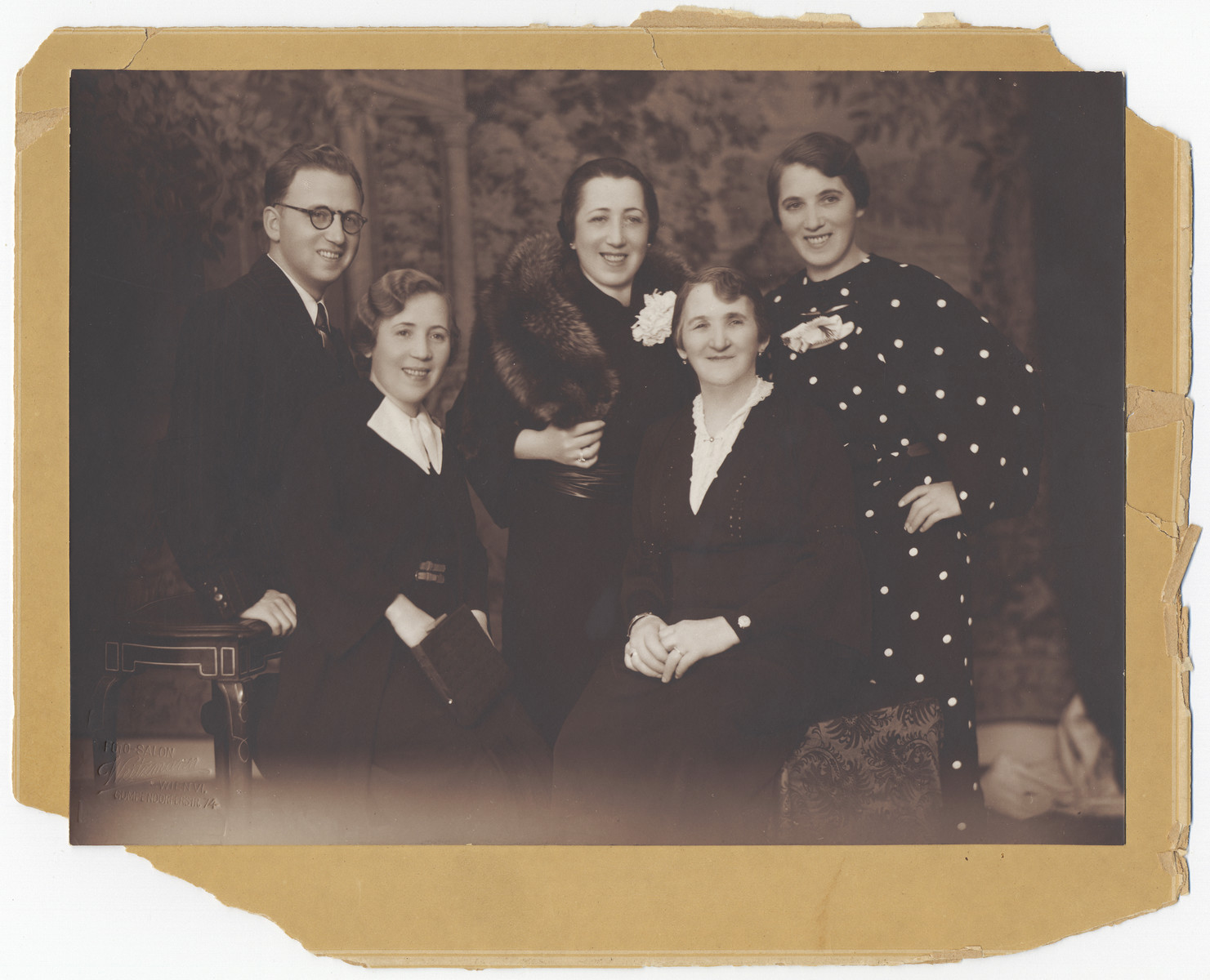 Portrait of an Austrian Jewish family.

Pictured is Frima Hochstaet (second from the right) and four of her children (left to right): Max, Regina orGreta, Sarafina, and Regina or Greta.