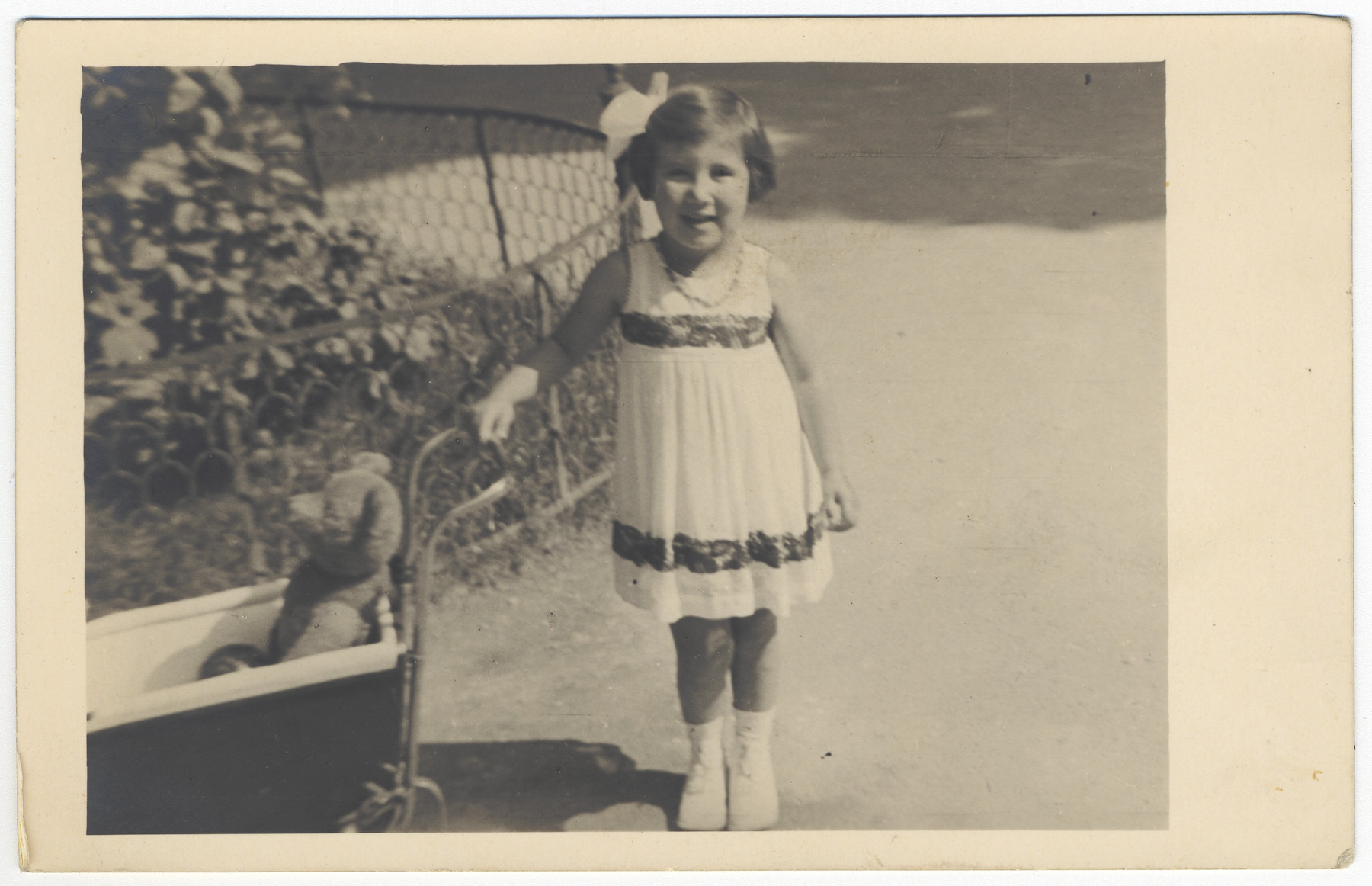 This teddy bear was later used to smuggle family valuables from Austria to Itay.