Studio portrait of an extended prewar Jewish family in Poland taken at a wedding. 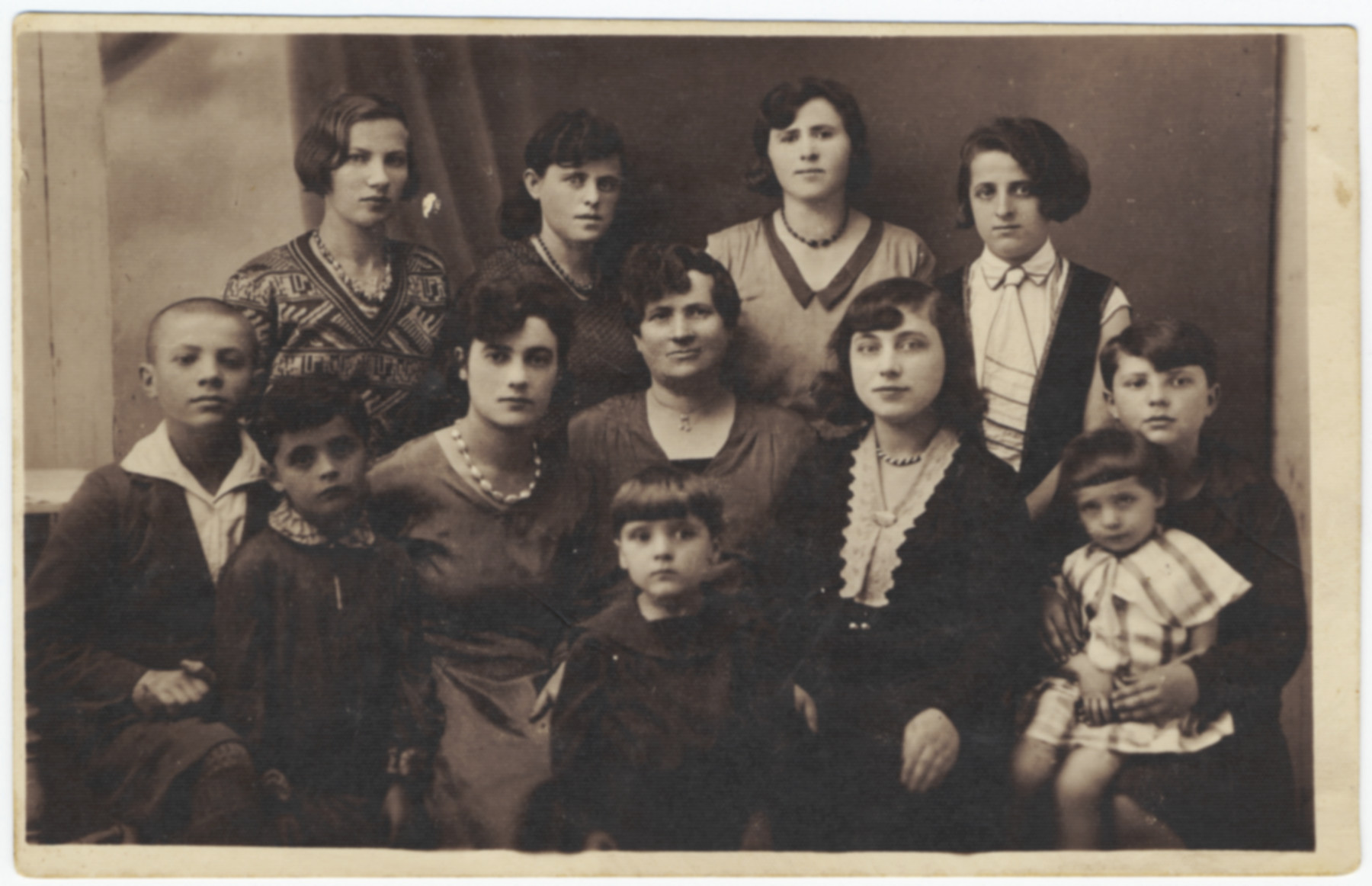 Studio portrait of an extended prewar Jewish family in Poland taken at a wedding.

Pictured are members of the Beker family. Only two of those pictured suvived: Haya Beker Kleinhandler is in the middle (She is the oldest sister of Manya's mother). Manya Moskowicz is standing on in the front, second from the left. (Her mother is not pictured since she was pregnant with her youngest child.)