Group portrait of school girls dressed in costume for a school performance. 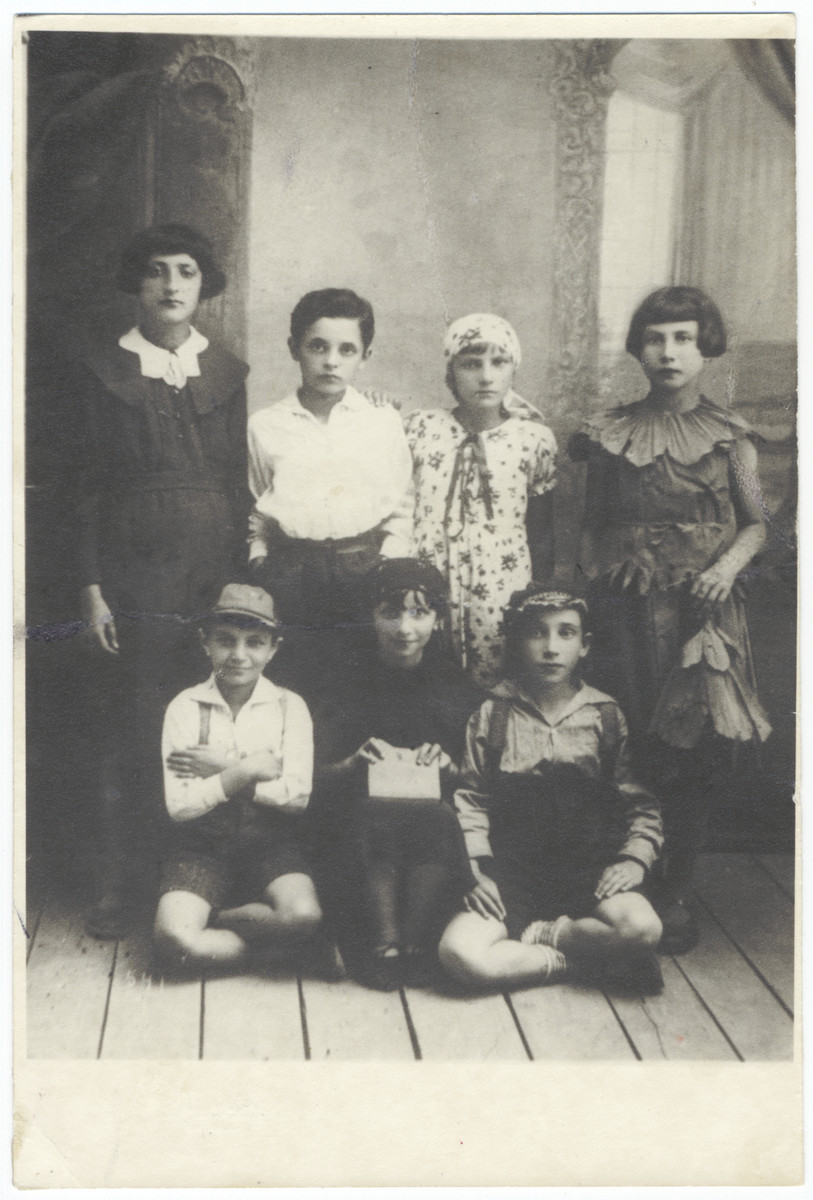 Group portrait of school girls dressed in costume for a school performance.

Among those pictured is Manya Moskowicz (second row, second from the left).