A Jewish family relaxes on their porch in Eindhoven shortly before they had to go into hiding. 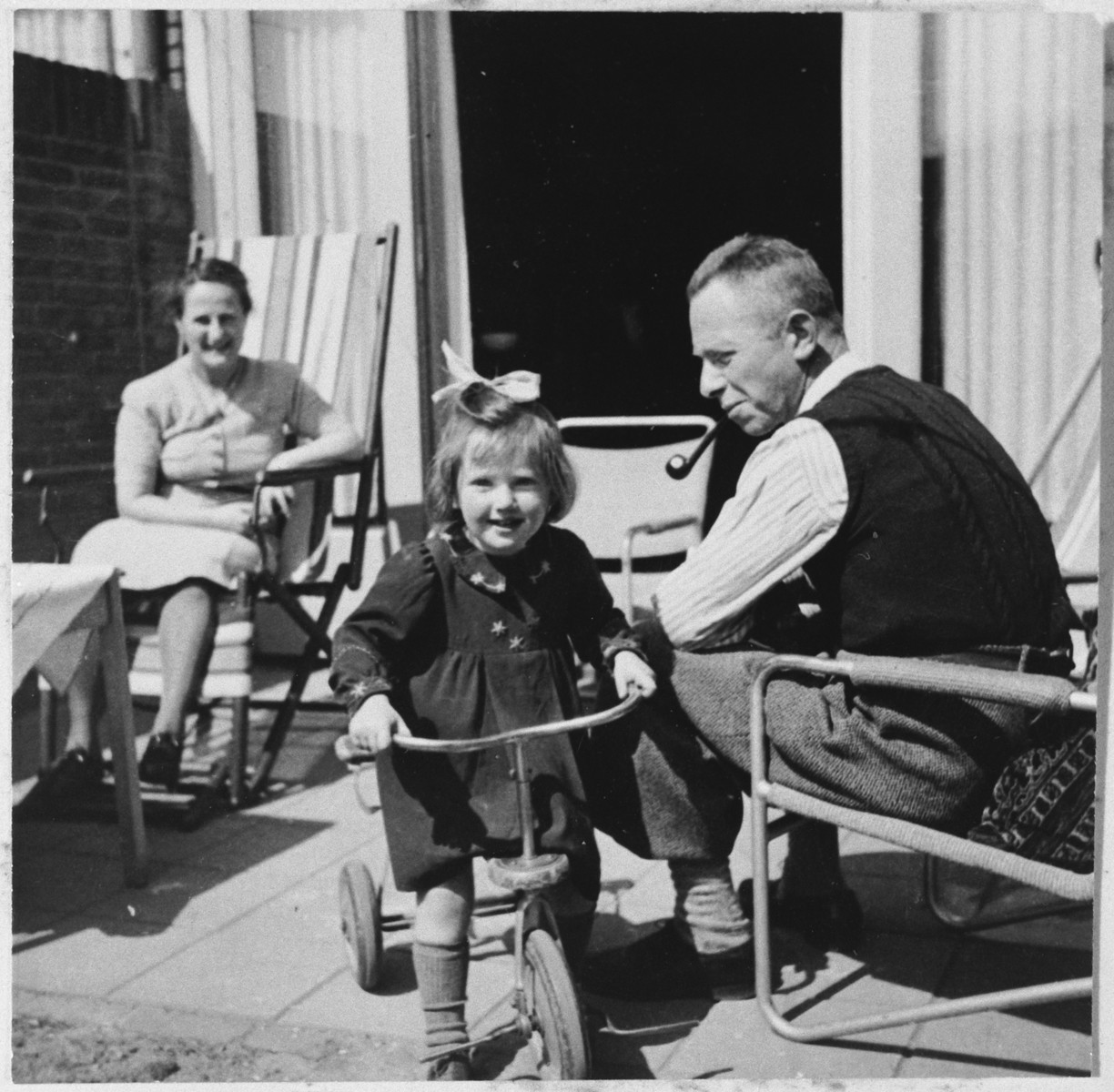 A Jewish family relaxes on their porch in Eindhoven shortly before they had to go into hiding.

Miep van Engel is riding her tricycle in the foreground. Her father Bernard van Engel is on the right. Ro Bierman is seated in the back.