A Dutch Jewish woman holds her newborn baby on her lap outside her home in Eindhoven. 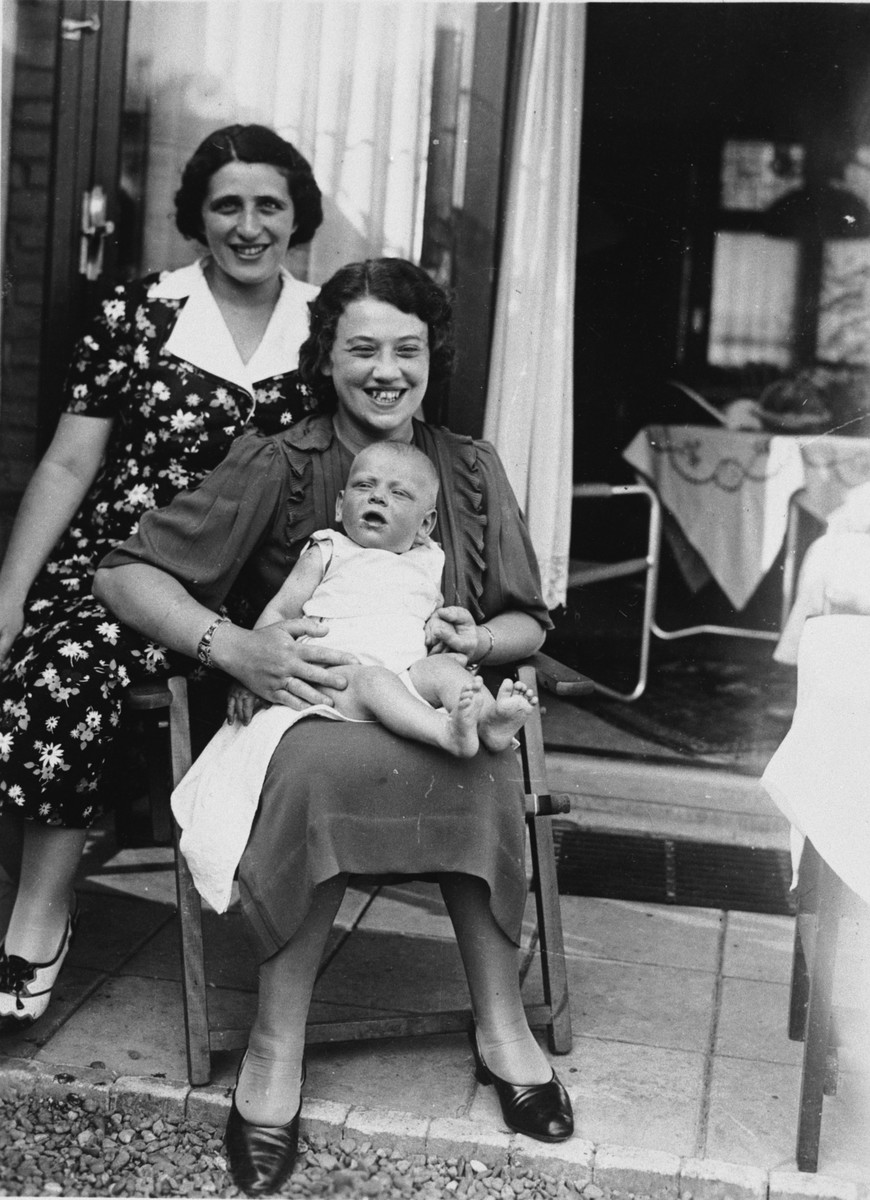 A Dutch Jewish woman holds her newborn baby on her lap outside her home in Eindhoven.

Pictured are Mrs. van Engel and her son, Max. The other woman is unidentified.