View of the Bismarck Tower, a monument to Otto von Bismarck, located outside the grounds of the Buchenwald concentration camp. 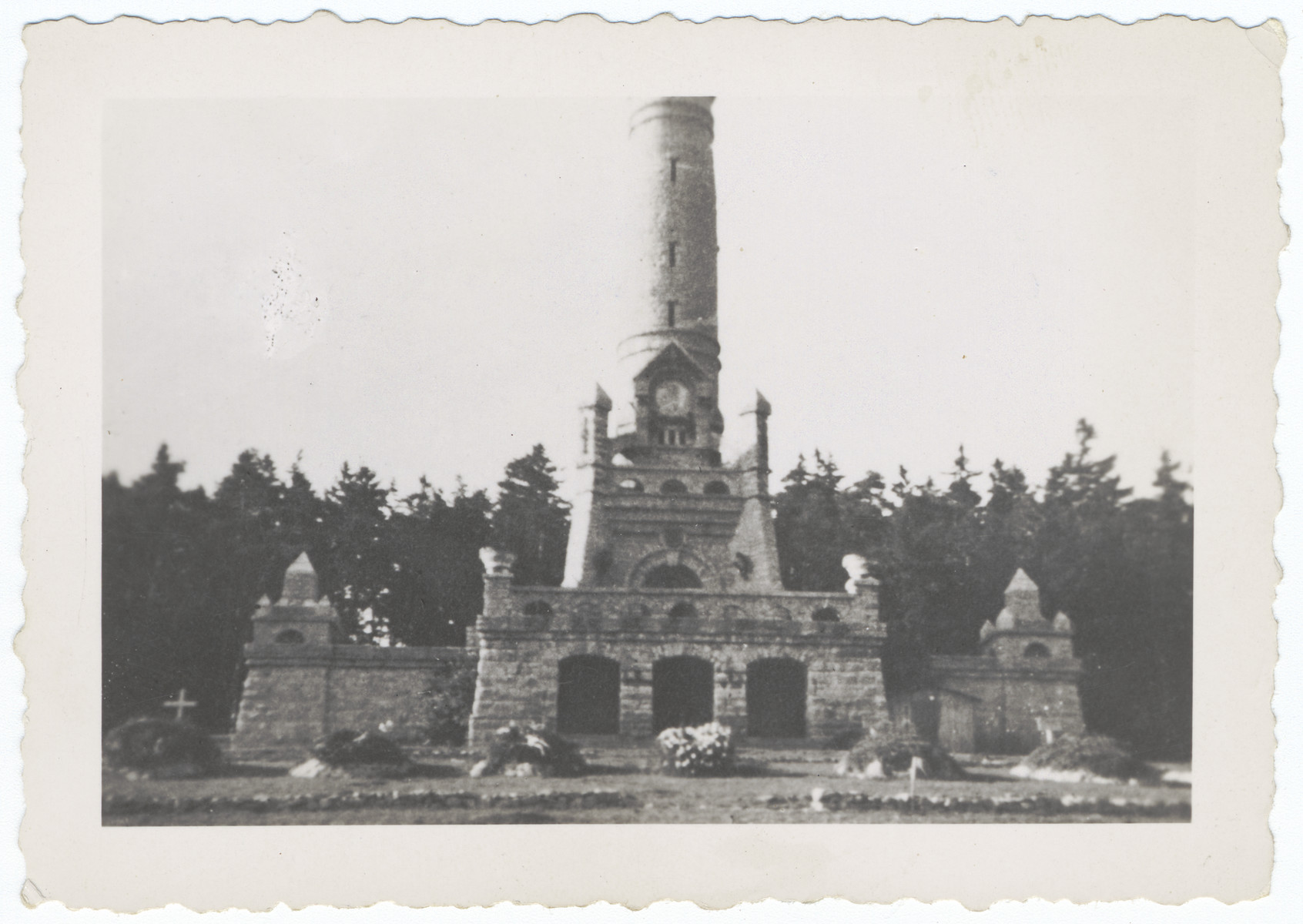 View of the Bismarck Tower, a monument to Otto von Bismarck, located outside the grounds of the Buchenwald concentration camp.

It was later blown up by the Soviets and replaced by a tower dedicated to the memory of communist and socialist prisoners.