A group of French performers feeds beer to a dog while on tour in Germany. 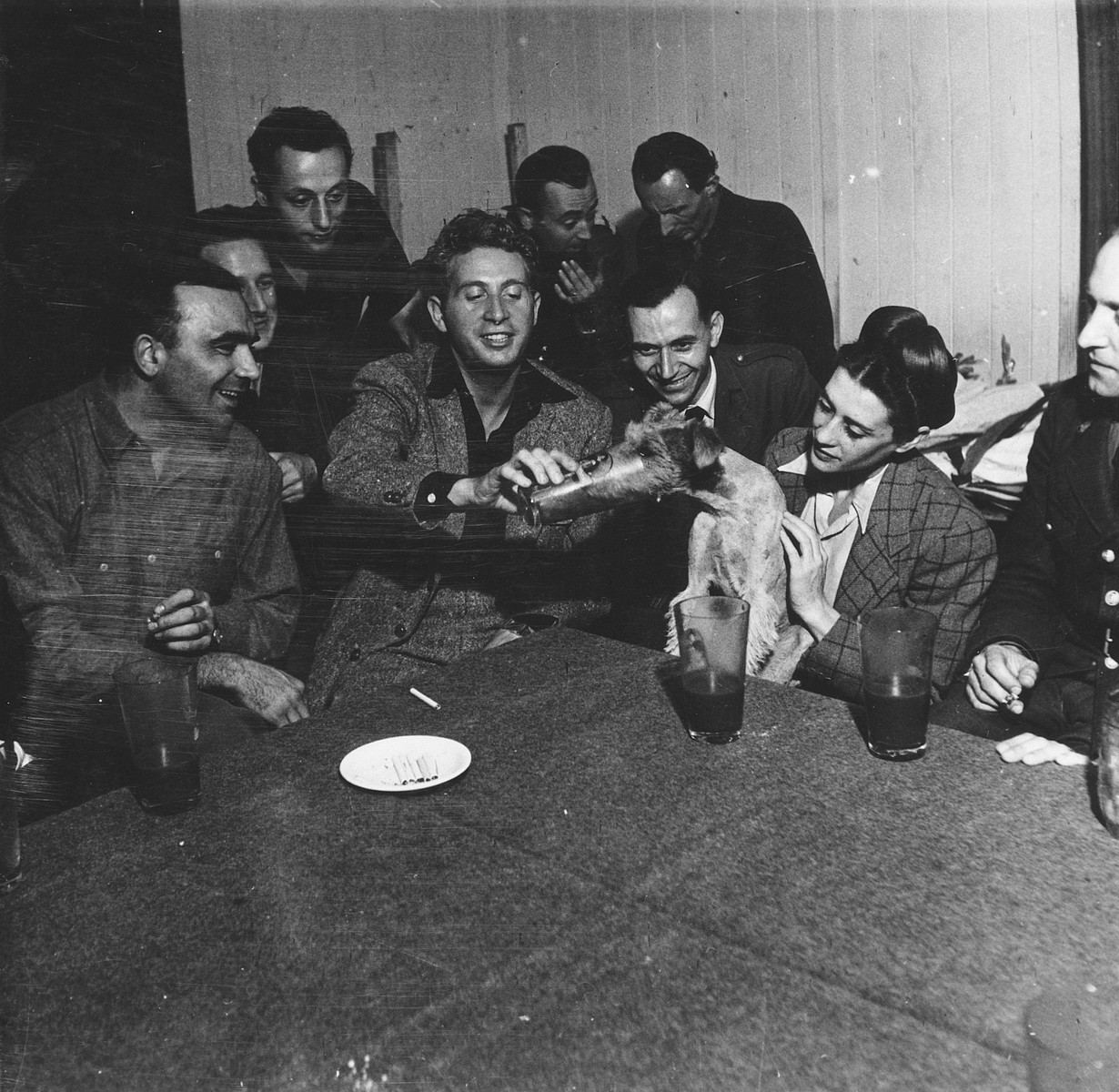 A group of French performers feeds beer to a dog while on tour in Germany.

Sadie Rigal, who is actually a Jew in hiding, is on the right. Also pictured is the French singer, Charles Trenet, holding the glass in the middle. [Maurice Chevalier who also toured with them may also be in the photograph.]