Portrait of a religious Jewish family in Lvov. 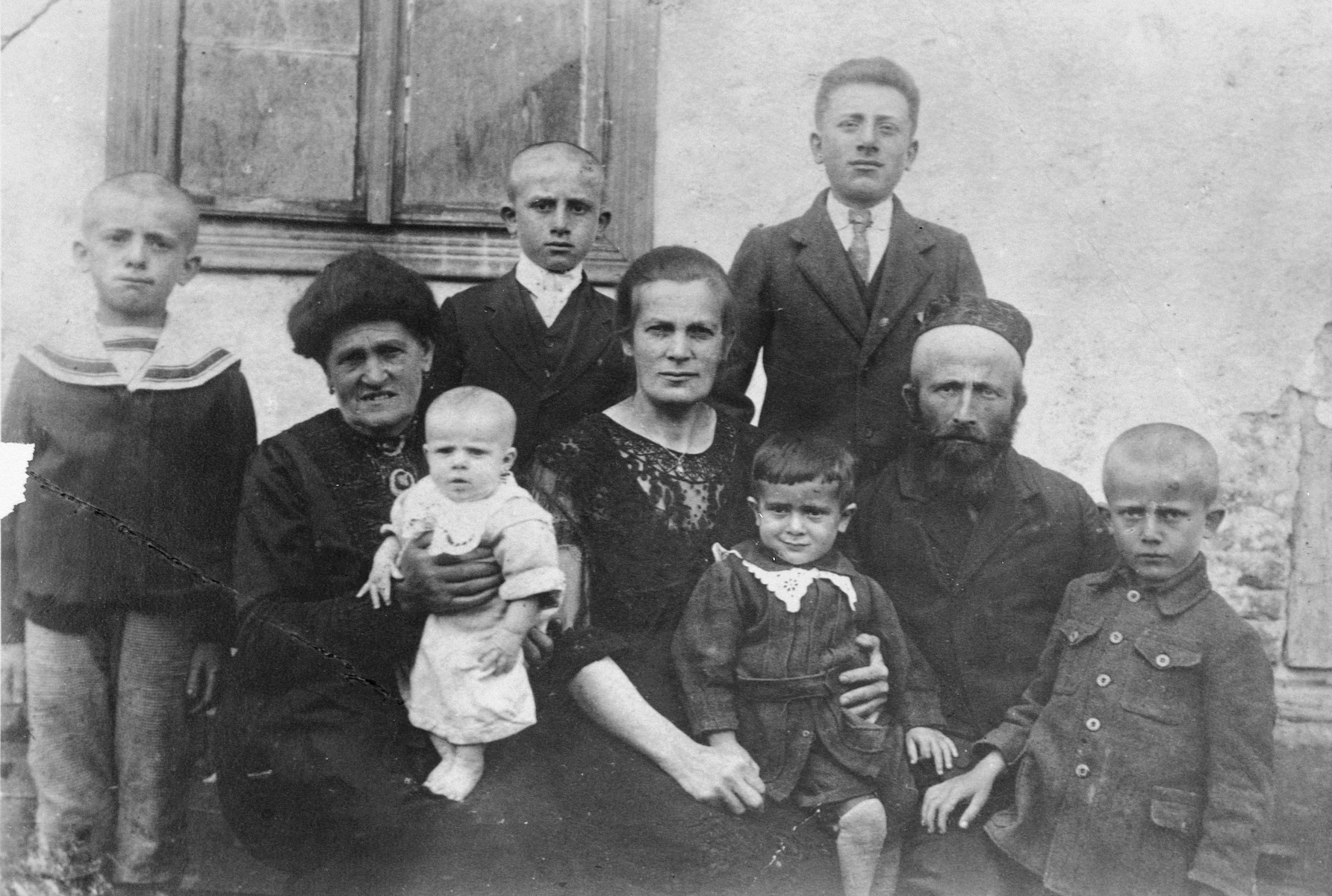 Portrait of a religious Jewish family in Lvov.

Pictured are Jakow and Szprinca Menaker and their chldren. Ephraim is on his mother's lap, third from the right.