Staff members working at the OSE children's home, la Pouponniere, near Limoges, pose in front of the nursery. 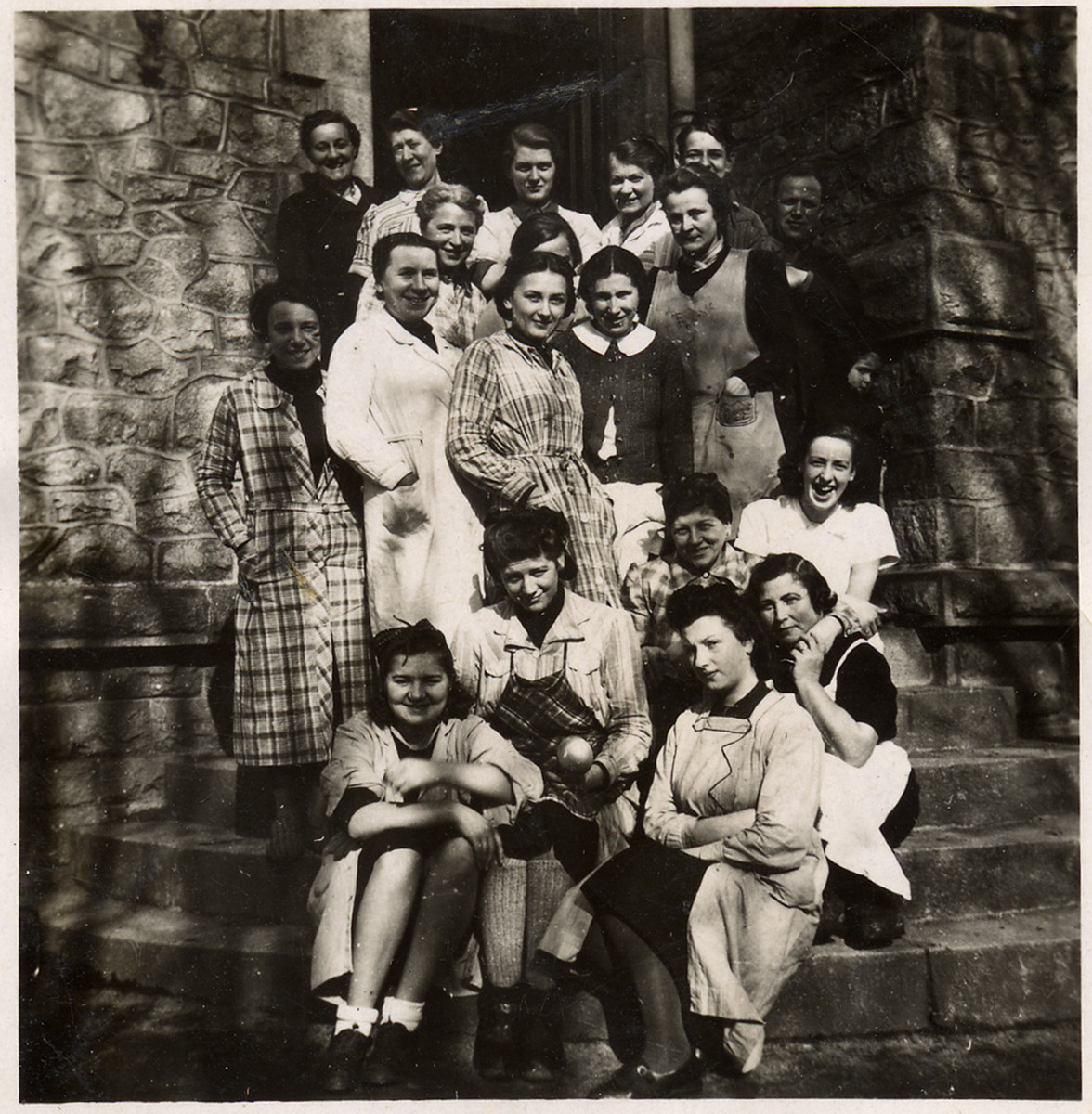 Staff members working at the OSE children's home, la Pouponniere, near Limoges, pose in front of the nursery.

Event History
The Pouponniere in Limoges opened in late 1940 by the Assistance Medicale aux Enfants de Refugies (Medical Aid for Refugees' Children), with financial help from the Joint Distribution Committee. It was designed for children ages 0-6, though most of the children were under three. In March 1942, the home was transferred to the auspises of OSE and was an annex to a school for nursing. The home closed in 1943.
Biography
Tonia Lechtman (the mother of the donor, Vera Lechtman) is the daughter of Aharon and Rachel Bialer. She was born January 18, 1918 in Lodz and had three siblings: Romek, Yoel and Noemi. Tonia joined the Communist party in 1934 at the age of sixteen, and to prevent her arrest by the authorities, the family moved to Palestine later that year. Tonia continued to work for the Communist party in Palestine, where she met and later married Sioma Lechtman, a new immigrant from Vienna. In 1936 both were arrested by the British for their political activity. They were imprisoned in Jaffa and Bethlehem before being deported back to Europe. Since Sioma, an Austrian by birth, was officially stateless, the couple was sent to France rather than to Austria or Poland. Following the outbreak of the Spanish Civil War, Sioma joined the Austrian division of the Communist International Brigade. Tonia, who was pregnant, remained in Paris, where she gave birth to Vera on June 26, 1938. At the end of the war Sioma returned to France, but was soon detained by the French authorities. He was sent to internment camps at Gurs and and later, Le Vernet. Tonia became pregnant for a second time while visiting Sioma at Gurs and gave birth to a son, Marcel, on March 31, 1940. The two children were placed at the Pouponniere children's home in Limoges, which catered to the children of immigrants, and Tonia took up residence nearby. In 1942 the French police arrested Tonia and her children and sent them to the Nexon internment camp. A good friend soon arranged for their release, and the family went into hiding for a time until they were able to escape to Switzerland. At first they stayed in a refugee camp in Geneva, but later moved to Montreux. For the next two years, Tonia studied social work and worked with Polish refugees. After the war she worked in children's refugee camps in France and Germany before returning to Poland in 1946 where she continued to do relief work under the aegis of the Unitarian church. In 1949 she was arrested for her political activities and imprisoned for six years. Her husband, Sioma, did not survive the war. He was deported from France to Auschwitz, and in January 1945, was killed by Poles after escaping from a death march.