Four sisters enjoy a cup of coffee at an outdoor table. 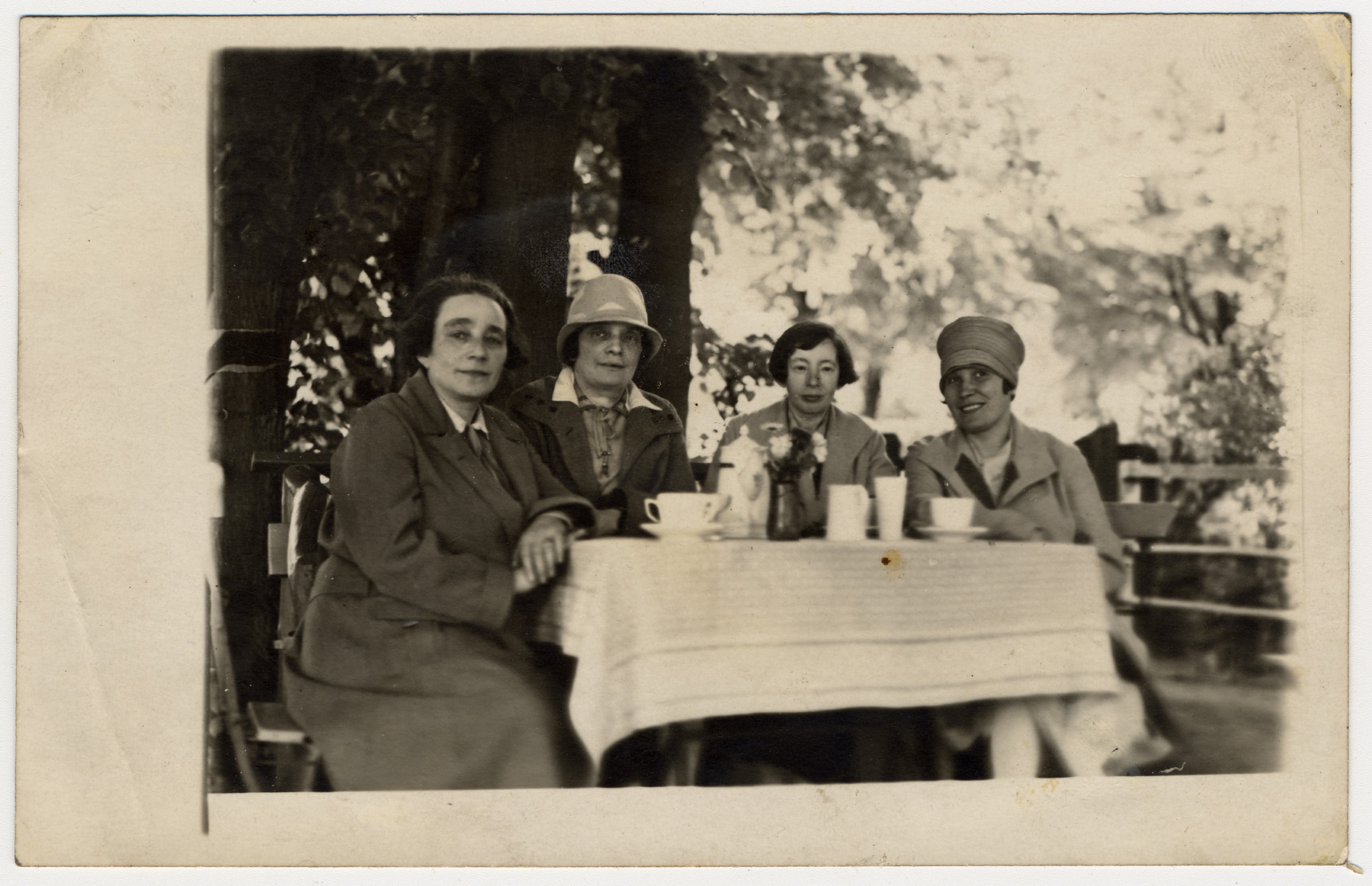 Four sisters enjoy a cup of coffee at an outdoor table.

From left to right are Anna, Martha, Clara and Beatrice Levy.

Anna died from natural causes in the mid 1930s. Her three sisters perished in the Holocaust in either the Mintz or Riga ghettos in 1941.