Group portrait of Jewish men and women in a cafe in the Lodz ghetto. 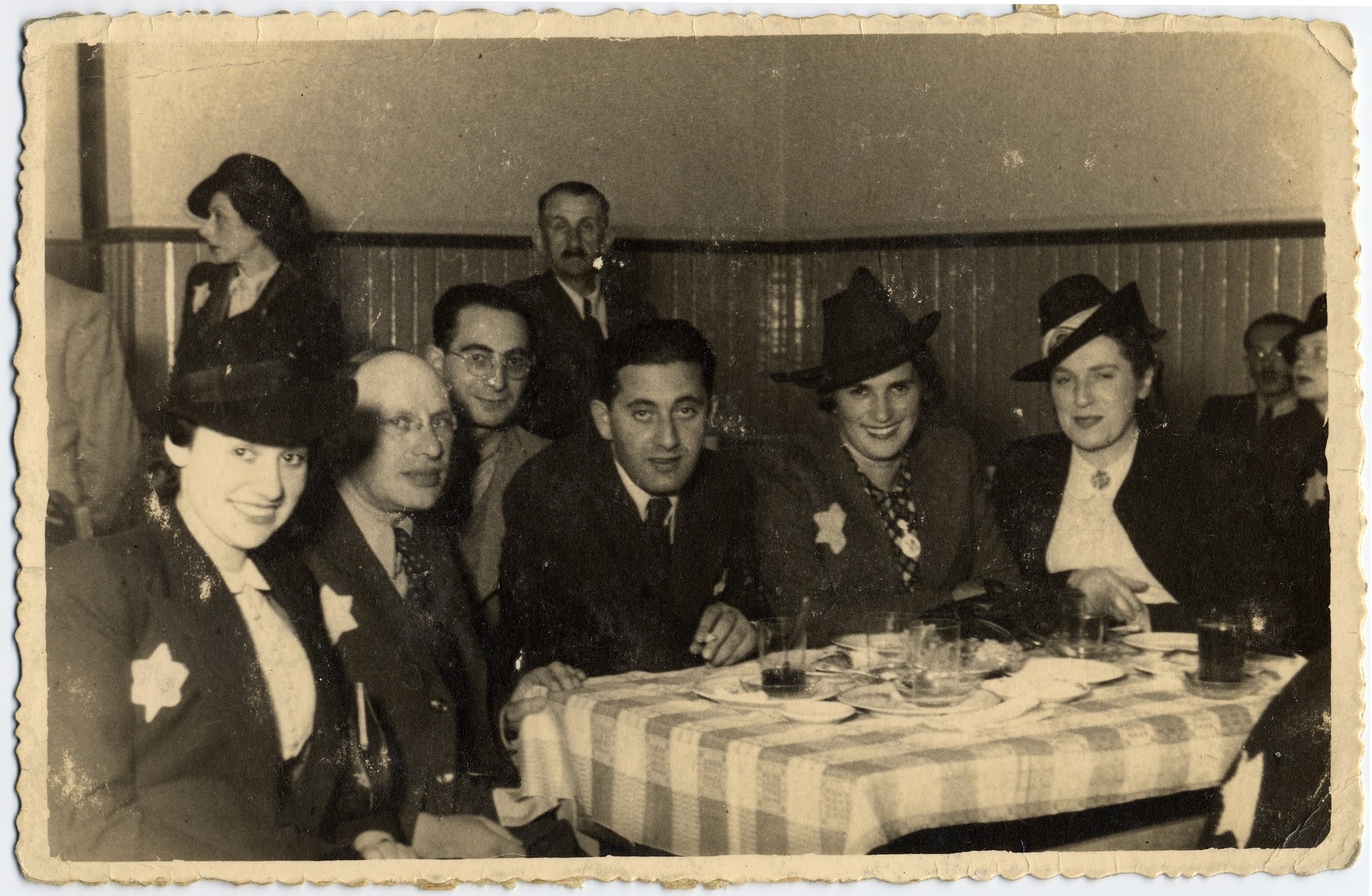 Group portrait of Jewish men and women in a cafe in the Lodz ghetto.

Pictured from left to right are: Dora Fuks (Rumkowski's secretary), David Warszawski (director of the tailoring workskops), Leon Fajtlowicz (in the back, donor's maternal uncle, in charge of the leather workshops), Aron Jakubowicz? (director of workshops), Regina Jakubowicz and unknown.