Group portrait of the employees of the leather workshop in the Lodz ghetto. 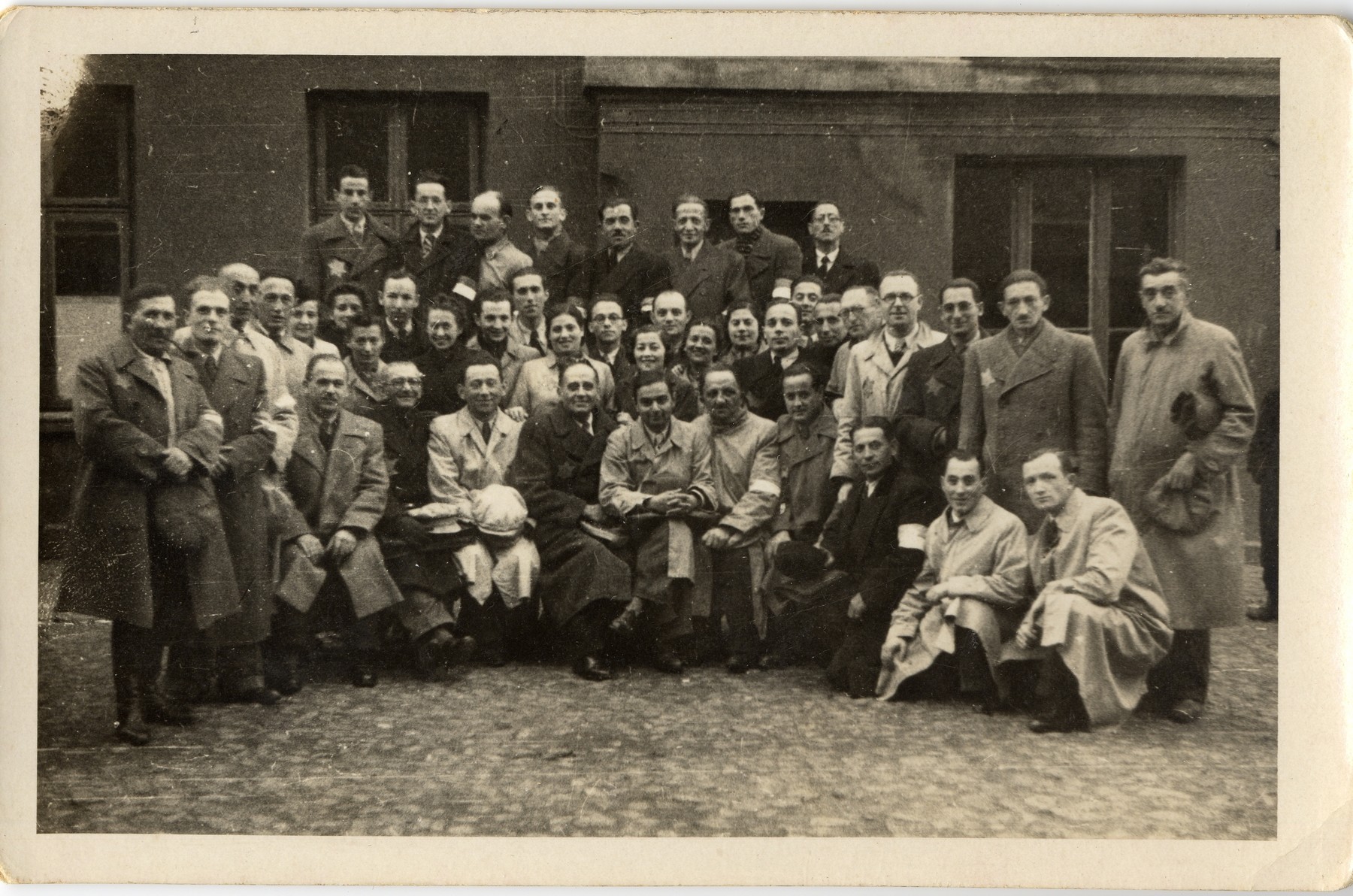 Group portrait of the employees of the leather workshop in the Lodz ghetto.

Among those pictured is Leon Fajtlowicz (third from right in the second row from the bottom). He was the uncle of the donor and in charge of all the leather workshops in the ghetto.