Portrait of a half-Jewish family shortly after liberation. 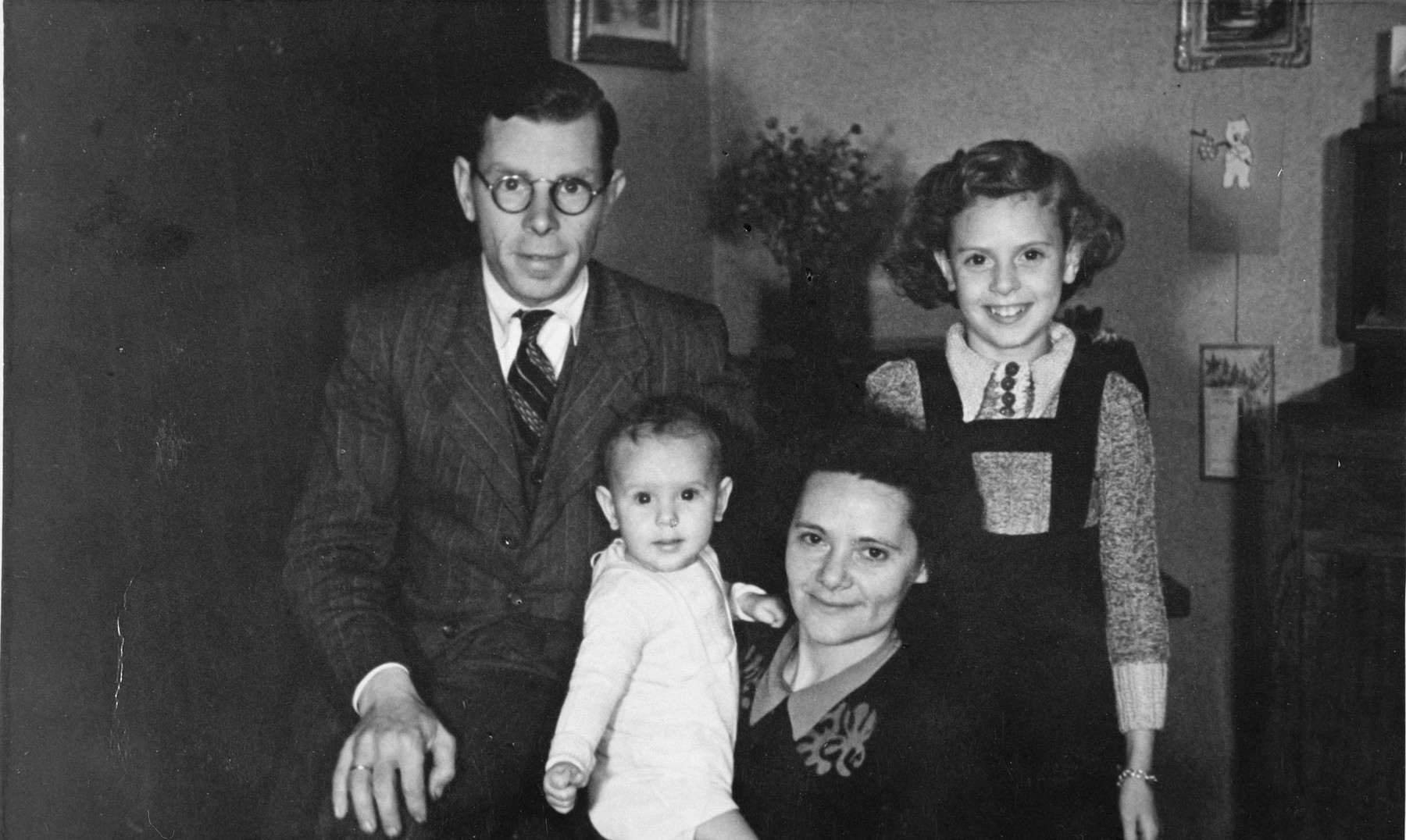 Portrait of a half-Jewish family shortly after liberation.

Biography
Betty and Rene Braat are the daughter and son of a Jewish mother and a Christian father, Jan Braat and Maria Bertha Braat Mooleman. Maria's father Barend Mooleman was a diamond cutter, and she had four siblings. Betty was born in 1936, and Rene was born in 1944; both in Amsterdam. In 1942 Maria's parents Barend Mooleman and Saartje Mooleman Fransman were deported to Auschwitz where they perished. Maria's brother Hymen was also deported to concentration camp and he perished in Bergen Belsen in 1945 at the age of 34. Since the Braats were only half Jewish, they were exempt from deportation for most of the war. However, when the Nazis began deporting half-Jews, in February 1945, Betty and Rene hid with relatives of their father, the Seubring family, on a farm in Westerbork. Hymen's son Bertil Mooleman (b. 1943) also survived in hiding. His mother Rebecca Mooleman Klok survived Ravensbrueck, remarried and moved to Israel. After the war Rene and Betty's parents had a third child.