Street portrait of a Jewish man taken less than a year before he was deported to Auschwitz. 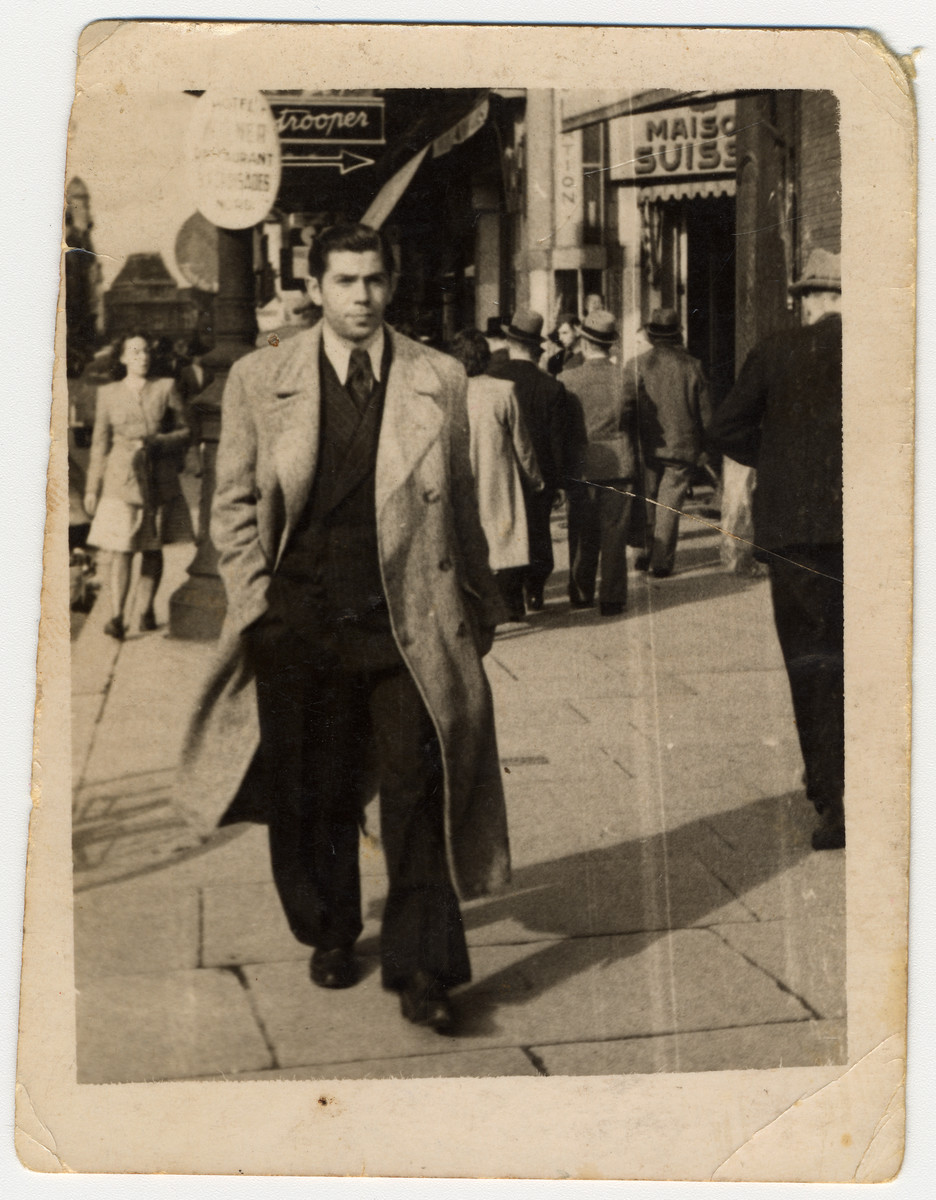 Street portrait of a Jewish man taken less than a year before he was deported to Auschwitz.

Biography
Lisa Wahler is the daughter of Brucha Zelda (later Bertha) Mechlowitz. Brucha Mechlowitz was born on April 21, 1921 in Vysni Apsa, a small rural community in Transcarpathia. She was the daughter of Chaim Simcha and Etel Mechlowitz. Her father, an Orthodox farmer and tanner, became immortalized in one of Roman Vishniac's most famous photographs of prewar Eastern Europe. Chaim had one child, Shia by his first wife. After his wife passed away, he married Etel and subsequently had nine more children: Chia Hensa, Duvid Meyer, Brucha Zelda, Moshe, Baruch, Alter, Pearl and two younger children. After Hungary seized control of the Carpathian region, both Shia and Duvid Meyer were conscripted for forced labor. They survived the war and immigrated to Israel. Moshe also was in a forced labor battalion, but he went from there to the Russian army and remained in the Soviet Union until shortly before his death. In the 1930s Chia Hensa immigrated to Holland where she married. She perished in the Holocaust.

Brucha Zelda also moved to Holland before the war to live with her sister. From there she went to Belgium where she married Henry Chutz in 1942. About six months after they married they were taken to Auschwitz. Henry died less than a year later of typhoid fever. Brucha Zelda survived incarceration and a death march and was liberated by the American army in May, 1945. She returned to Belgium and married a fellow survivor, Kurt Tichauer.

After their older daughters immigrated to Western Europe, Chaim and Etel remained in Apsa with their younger children. In 1941, Chaim and his family were expelled from their home and were forced to wander though the Carpathian mountain area looking for a place to stay. They eventually returned to Apsa only for Etel to die of pneumonia. Chaim remarried about a year later. In March 1944 Germany seized control of Hungary and began transporting the Jewish population to Auschwitz in late spring and early summer. Chaim, his wife, five younger children and three step-children were among those deported. All but Pearl perished.