Class portrait of preschoolers in a kindergarten in Antwerp before the war. 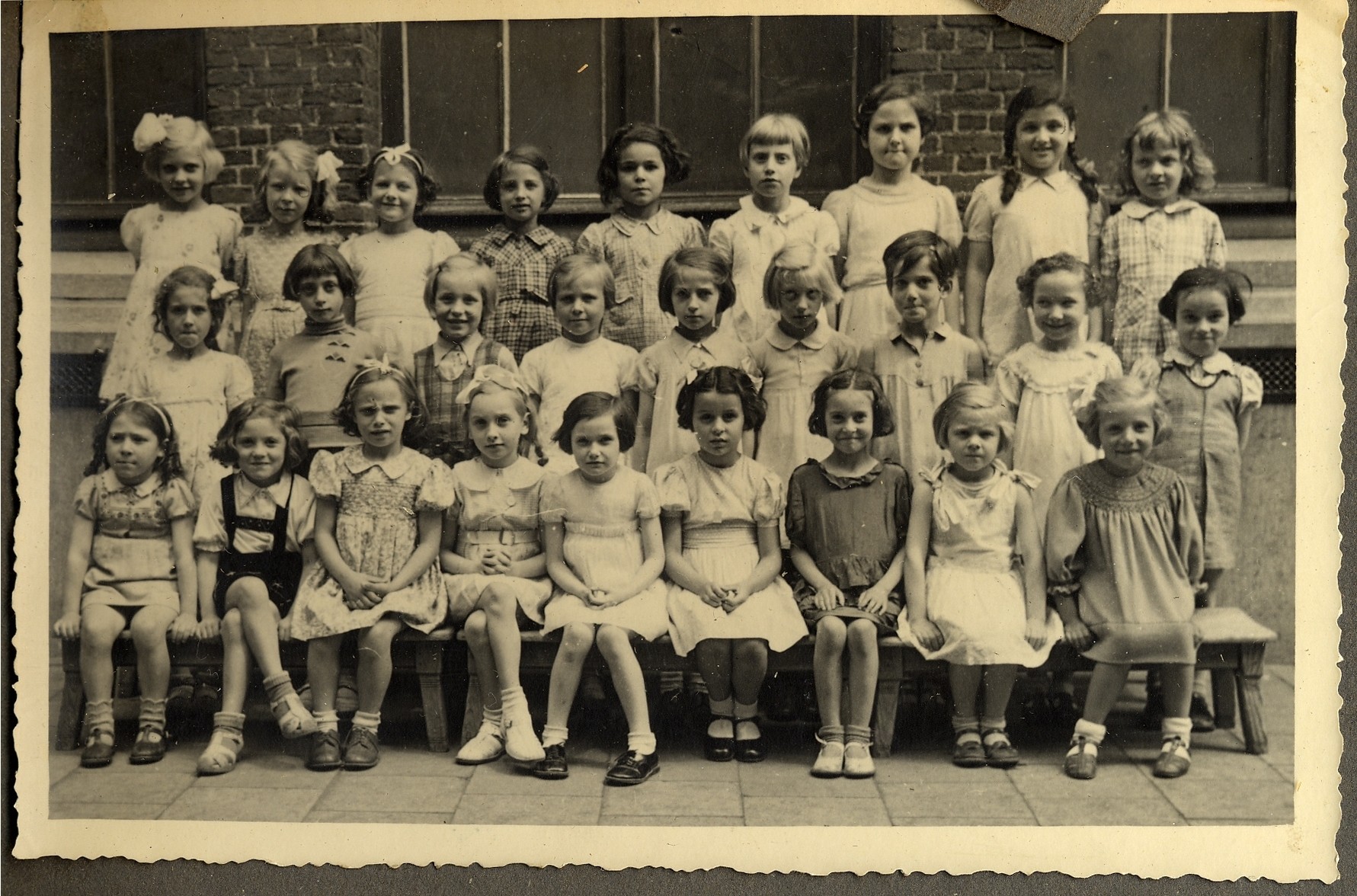 Class portrait of preschoolers in a kindergarten in Antwerp before the war.

Among those pictured is Augusta Feldhorn second from right in the back row.

Biography
Augusta Kaplan (born Augusta Feldhorn) is the only child of Julius Feldhorn (b. 1902 in Podolce, Poland) and of Margarete Radinger Feldhorn (b. 1911 in Vienna, Austria). She was born on May 29, 1934 in Vienna where her father together with his brother, Adolf, owned a felt hat factory. Julius Feldhorn was a Polish citizen and after the couple married in 1932, Margarete also became a Polish citizen. In October 1938 Julius took his small daughter out of the German occupied Austria and traveled illegally to Antwerp, Belgium. The rest of the family followed a short time later. In May, 1940 Germany invaded Belgium, and the family again fell under Nazi occupation. In January 1941 most Jews from Antwerp were expelled from Flanders into the Limbourg province, but in March 1941, some were allowed back. The Feldhorn family returned to Antwerp in June 1941 but they moved to Brussels one year later. The whole family lived in one building. Augusta was placed with a Belgian non-Jewish family, across the street from the apartment where the rest of the family lived. She observed through the window as the Germans arrested her father and her Uncle Adolf with his wife Martha and a son. They were deported to the Malines transit camp and in June 1943 to Auschwitz-Birkenau, where they all perished. Her mother avoided the deportation as she was out of the house at the time. In June 1942 Margarete heard about the possibility of placing Augusta in a convent "Les Soeurs du St. Couer de Marie" in Malaise-La Hulpe. Augusta's last name was changed to Augusta de Cooman. Margarete hid in the same convent posing as a novice working in the kitchen. After liberation, Margarete and Augusta stayed in Brussels until 1949 when they immigrated to the United States.