Two young women wearing armbands walk down a street near the town square in the Bolechow ghetto. 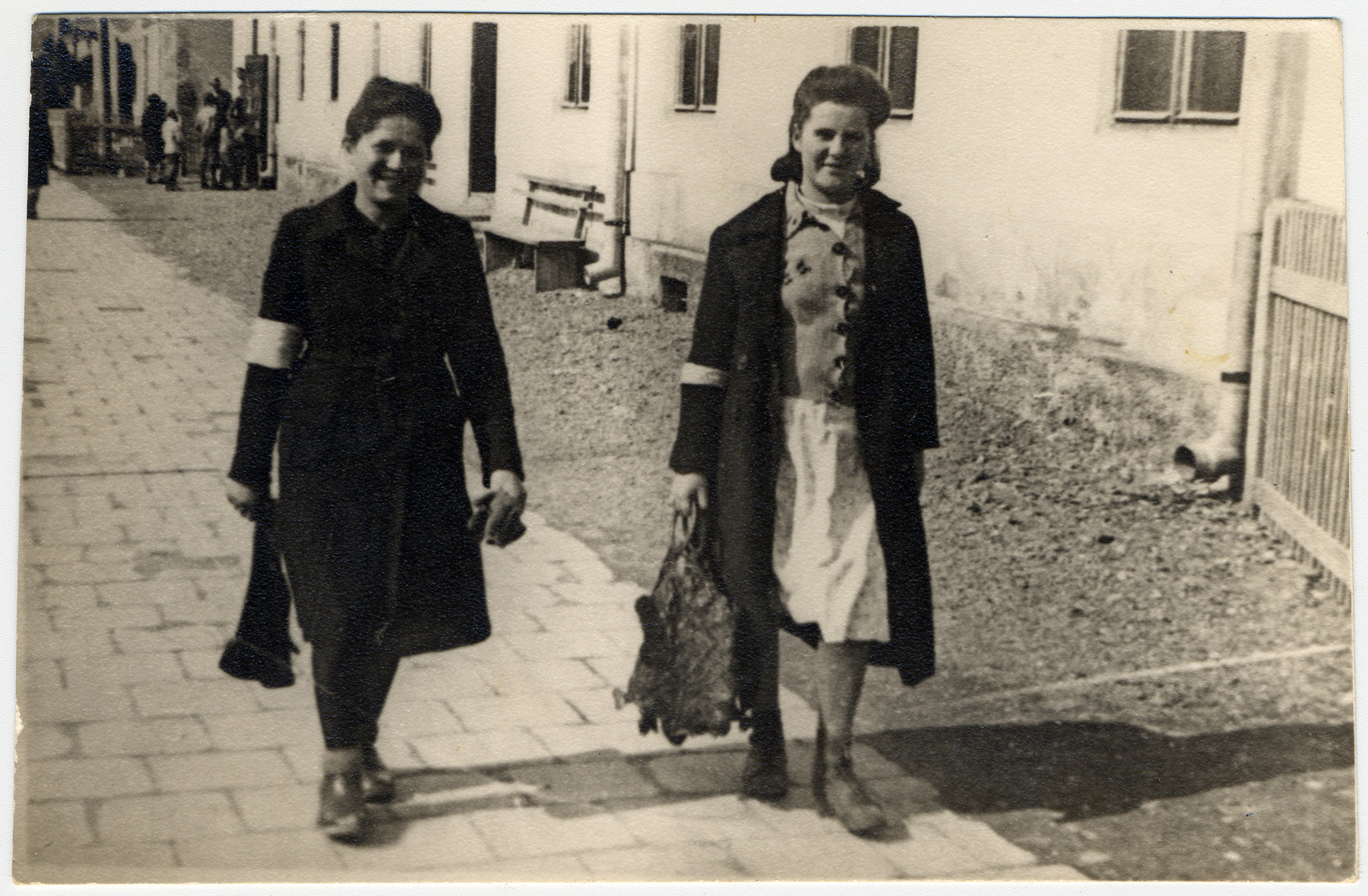 Two young women wearing armbands walk down a street near the town square in the Bolechow ghetto.

Pictured, on the left, is the donor's cousin, Pepcia Diamand, murdered during an Aktion in March 1943, with a friend.