Group portrait of Jewish youth in the Bolechow ghetto. 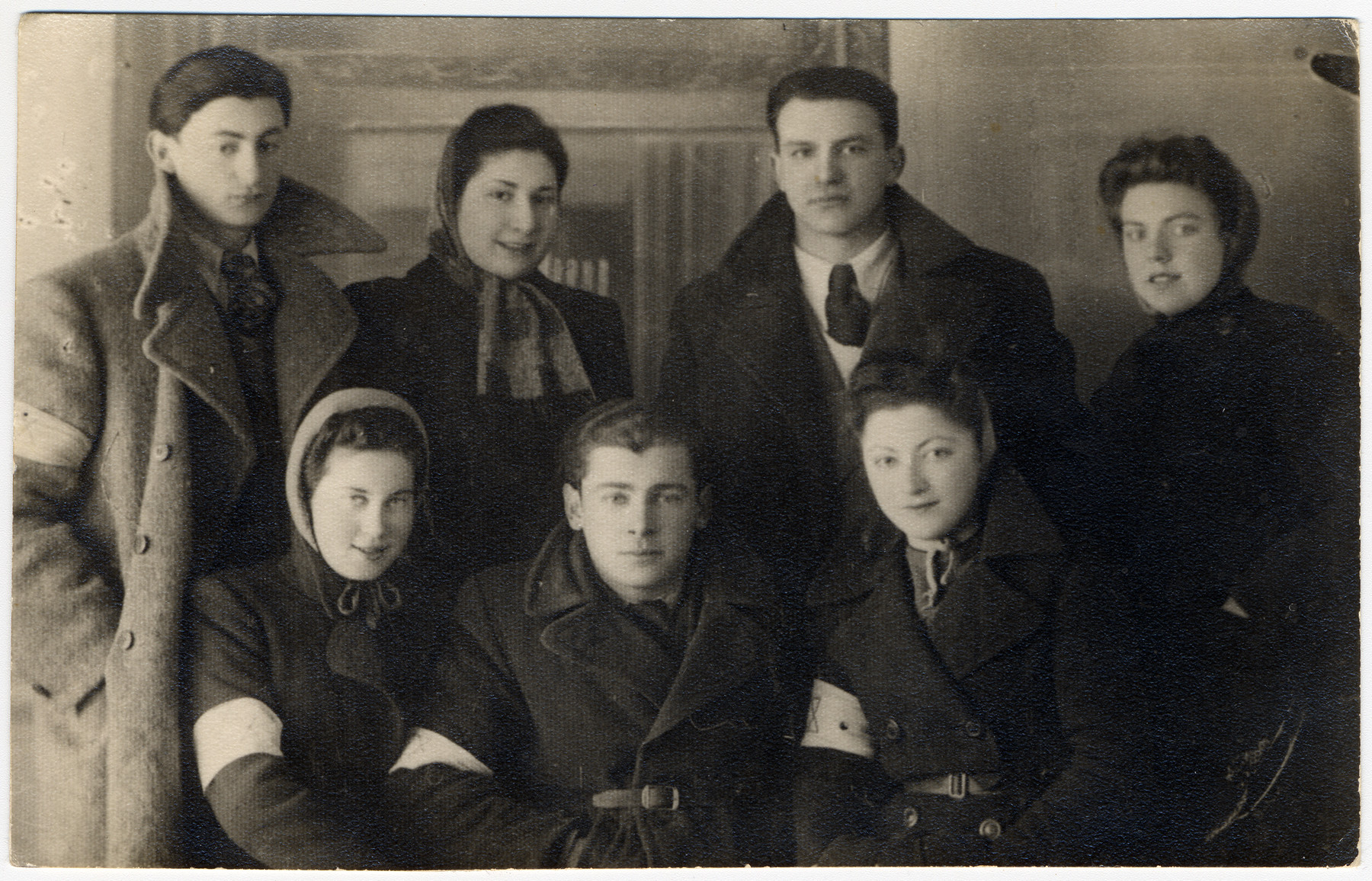 Group portrait of Jewish youth in the Bolechow ghetto.

Pictured standing from the left are: Simon Weiss, Lila Berger, Bumek Josefsberg and the donor's sister, Musia Adler. Sitting, from the left, are: Bela Altman, unknown and Dyzia Lew.