Polish refugee children from an orphanage in Uzbekistan broadcast songs in a radio station in Andizhan. 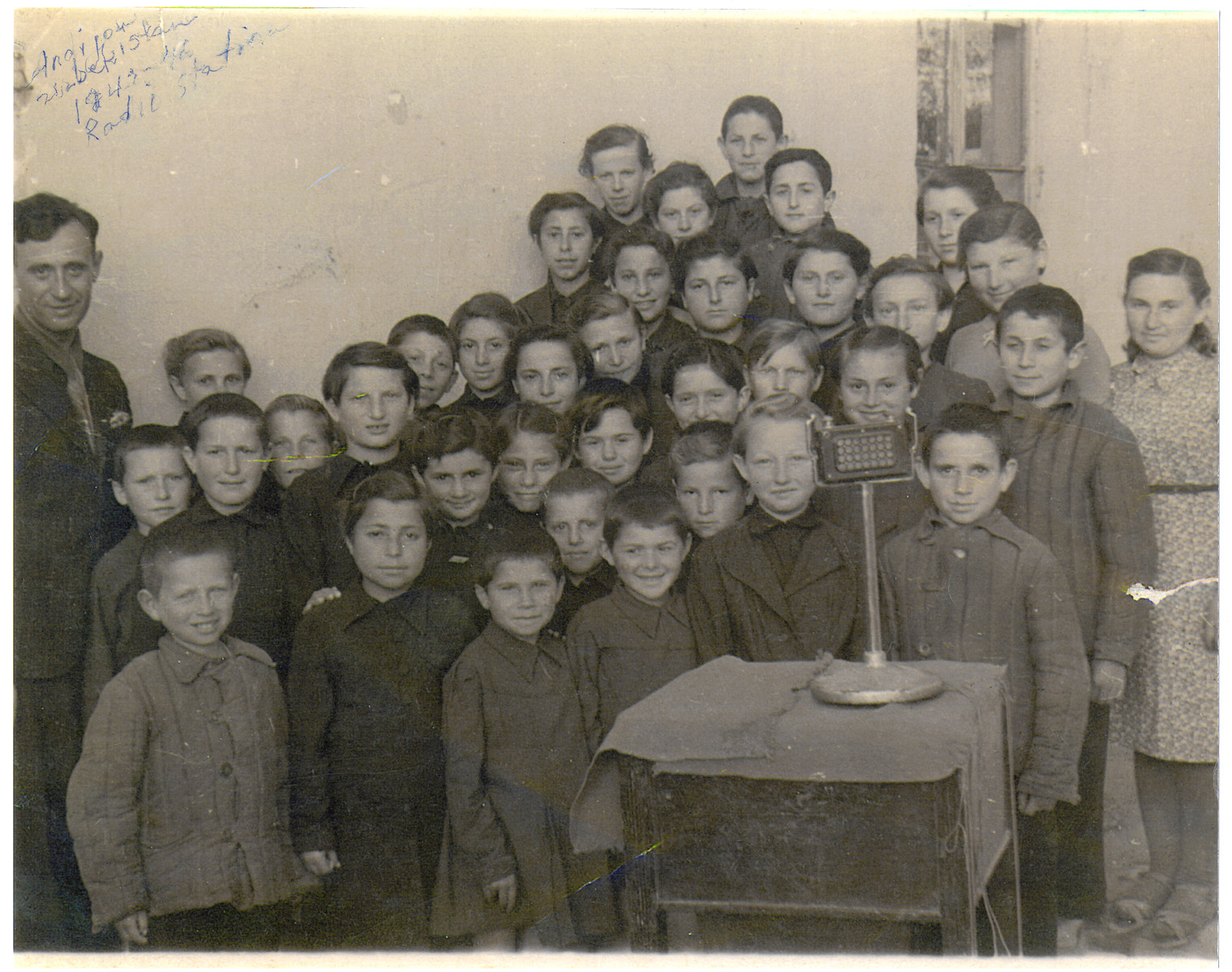 Polish refugee children from an orphanage in Uzbekistan broadcast songs in a radio station in Andizhan.

Among those pictured is Irena Ceder (second row, fourth from the left).