Group portrait of Jewish survivors posing in front of the "kibbutz" on 20 Zachodnia Street in Lodz. 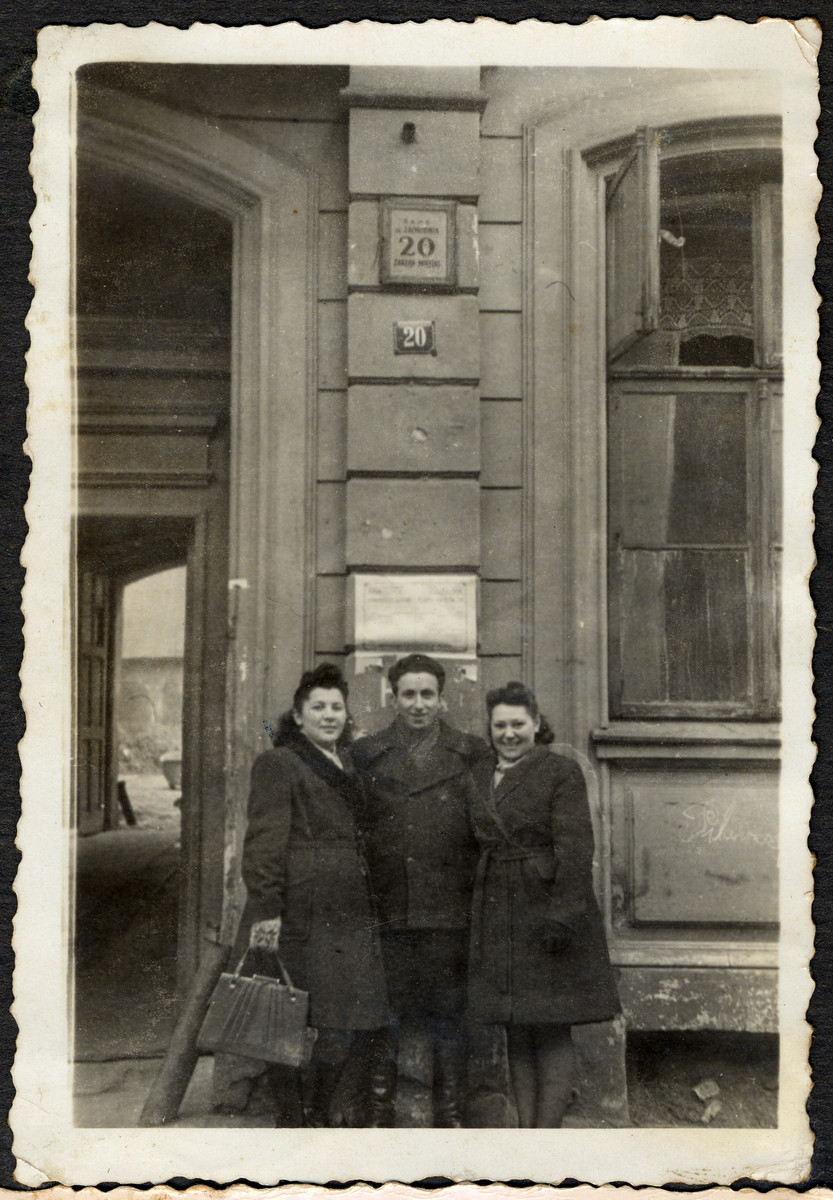 Group portrait of Jewish survivors posing in front of the "kibbutz" on 20 Zachodnia Street in Lodz.

Pictured from the left are Renia Klugman [?], Lolek Grynfeld and Rachel Grynglas.