View of a commercial street in Lodz. 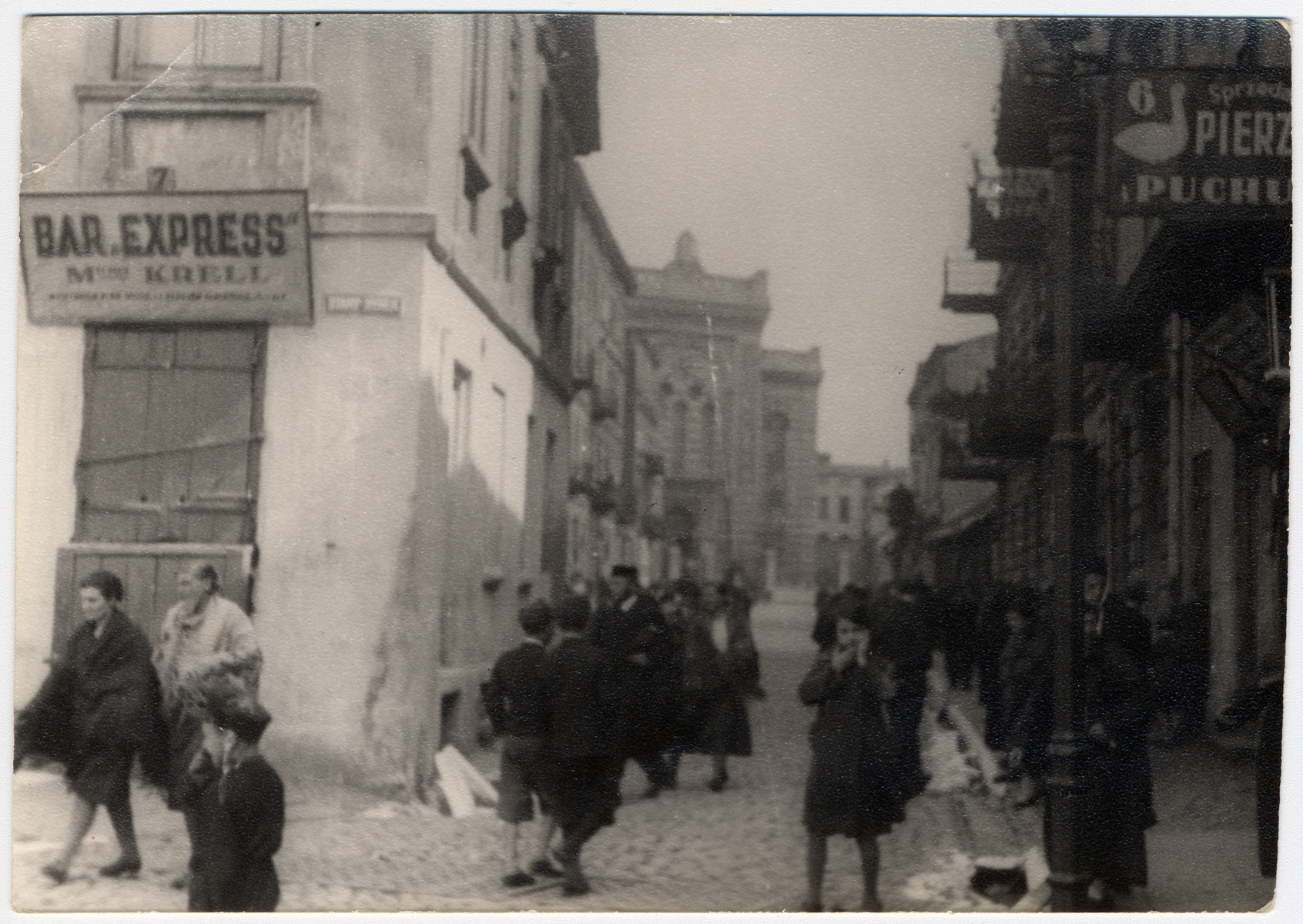 View of a commercial street in Lodz.

On the left is the bar "Express" which belonged to the donor's grandfather, Michuel Krell, and in the background is the Alteschule [Old Town Synagogue].