Studio portrait of Buchenwald survivor, Benek Wrzonski, wearing a prisoner uniform. The children went to to a photo studio in town asking for a portrait of themselves in uniform. 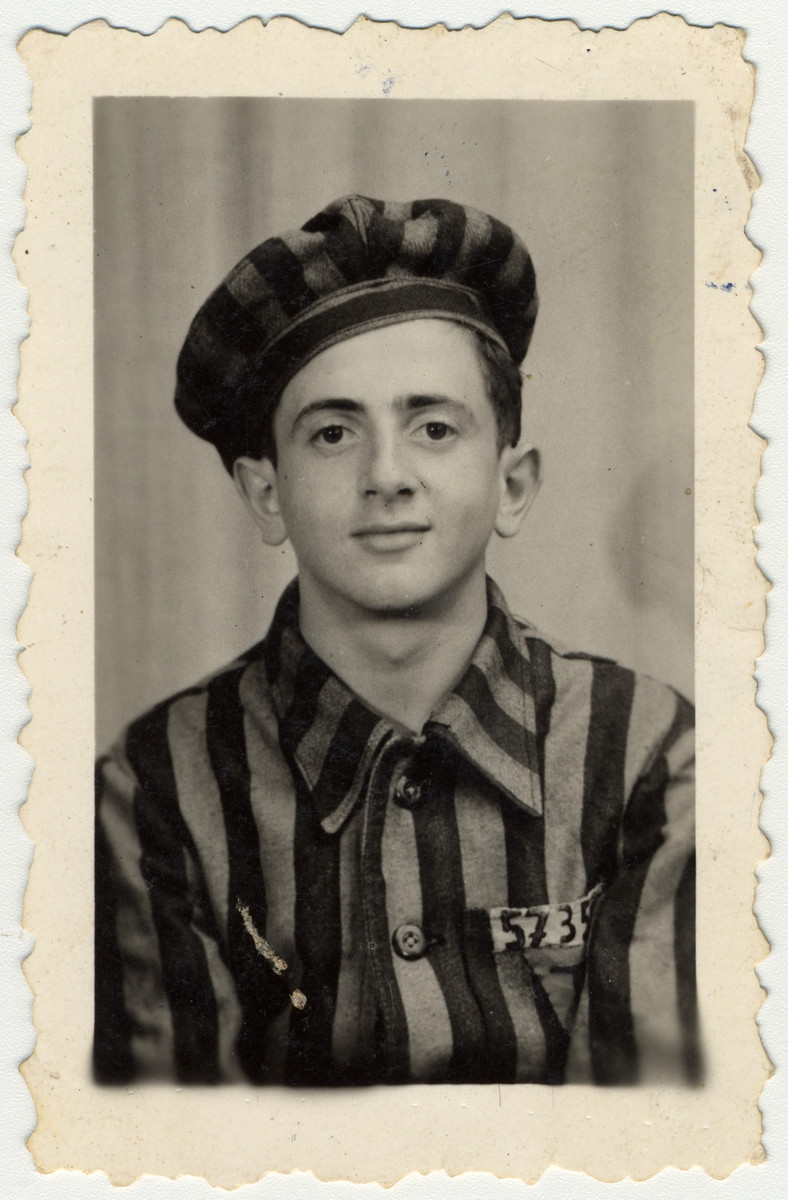 Studio portrait of Buchenwald survivor, Benek Wrzonski, wearing a prisoner uniform. The children went to to a photo studio in town asking for a portrait of themselves in uniform.

[Sources: Hemmendinger, Judith and Krell, Robert. "The Children of Buchenwald." Gefen Publishers, 2000; Grobman, Alex. "Rekindling the Flame." Wayne State University Press, 1993; Hazan, Katy, "Chronologie de l'histoire de l'OSE L'action de l'OSE apres la guerre."
Biography
Meir Binem (Beniek) Wrzonski is the son of Noah Wrzonski (b. 1898 in Lodz) and was Rajzel Maroko (b. 1900 in Lodz). Both of his parents were Gerer Hassidim. Noah, who had attended yeshiva was a Talmud scholar, but supported himself as a textile merchant. Surprisingly though, all four of his sisters became communists and later fled to the Soviet Union. Noah and Rajzel married in 1920 and had five children. Meir Binem was born on March 10, 1928. He had three older siblings and one younger sister: Towa Tobcia (b. 1922), Kopel Yaakov (b. 1924), Moshe Yitzhak (b. 1926) and Golda (b. 1929). The family lived next to the Great Synagogue. All five children attended Jewish elementary schools. The two older boys later attended yeshiva and Towa went to a regular gymnasium. The family spoke Yiddish at home, though the children spoke Polish with each other.