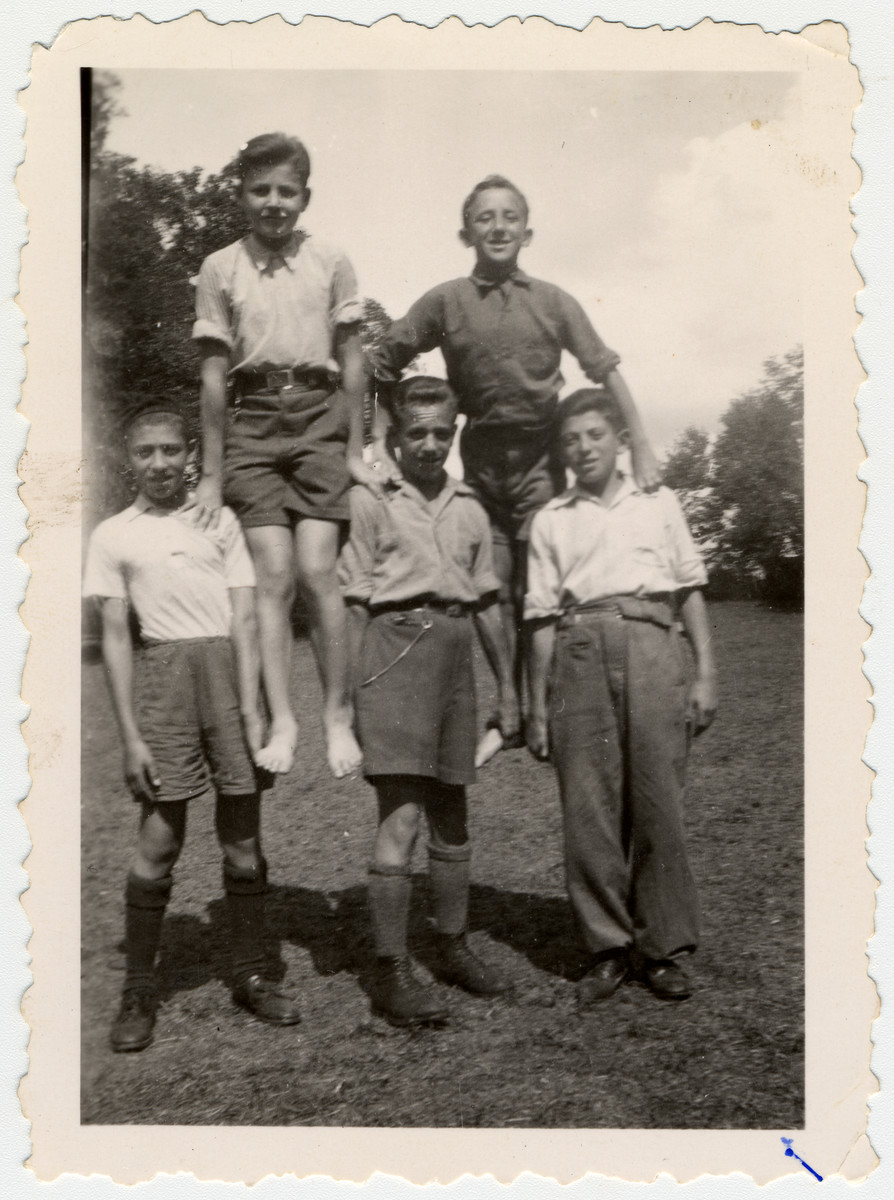 Jacques Rybsztajn is at the bottom left.

[Sources: Hemmendinger, Judith and Krell, Robert. "The Children of Buchenwald." Gefen Publishers, 2000; Grobman, Alex. "Rekindling the Flame." Wayne State University Press, 1993; Hazan, Katy, "Chronologie de l'histoire de l'OSE L'action de l'OSE apres la guerre."
Biography
Jacques Ribons (born Jakob Rybsztajn) is the son of Peretz Rybsztajn (b. 1905) and Bella (Bajal, b. 1906) Rybsztajn. He was born August 15, 1927 in Strzemieszyce Poland where his father was a textile manufacturer. He had two younger siblings: Bernard (Berek), born in 1929 and Esther, born in 1935. In 1933 the family moved to Zelow, Bella's home town. The family remained there until 1936 when it moved back to Strzemieszyce. In 1939 Germany invaded Poland and later the Rybsztajns were forced to move to a ghetto. Jakob attended a ghetto Hebrew school. Peretz Rybsztajn, his father, worked with or was close with the Jewish Council, but he soon disappeared. After the ghetto was liquidated, probably in June 1943, Jakob and Berek, who were initially hidden, were forced to return and then sent briefly to Bedzin. In September they were deported to the Blechhammer concentration camp where they worked unloading cement from train cars, insulating oil and fuel tanks with asbestos, and cementing steel forms to the tanks. They lived in a barrack with other boys their age, including Kalman and Heniek Kaliksztajn, two brothers also from Strzemieszyce. In January 1945 the Germans liquidated the camp in advance of the Soviet army, and the brothers were sent on a death march via Gross Rosen and by open train to Buchenwald. They arrived in Buchenwald on February 10, 1945, and were placed in the children's block, Block 66.