A half-Jewish refugee in Switzerland poses with the grandson of her hosts. 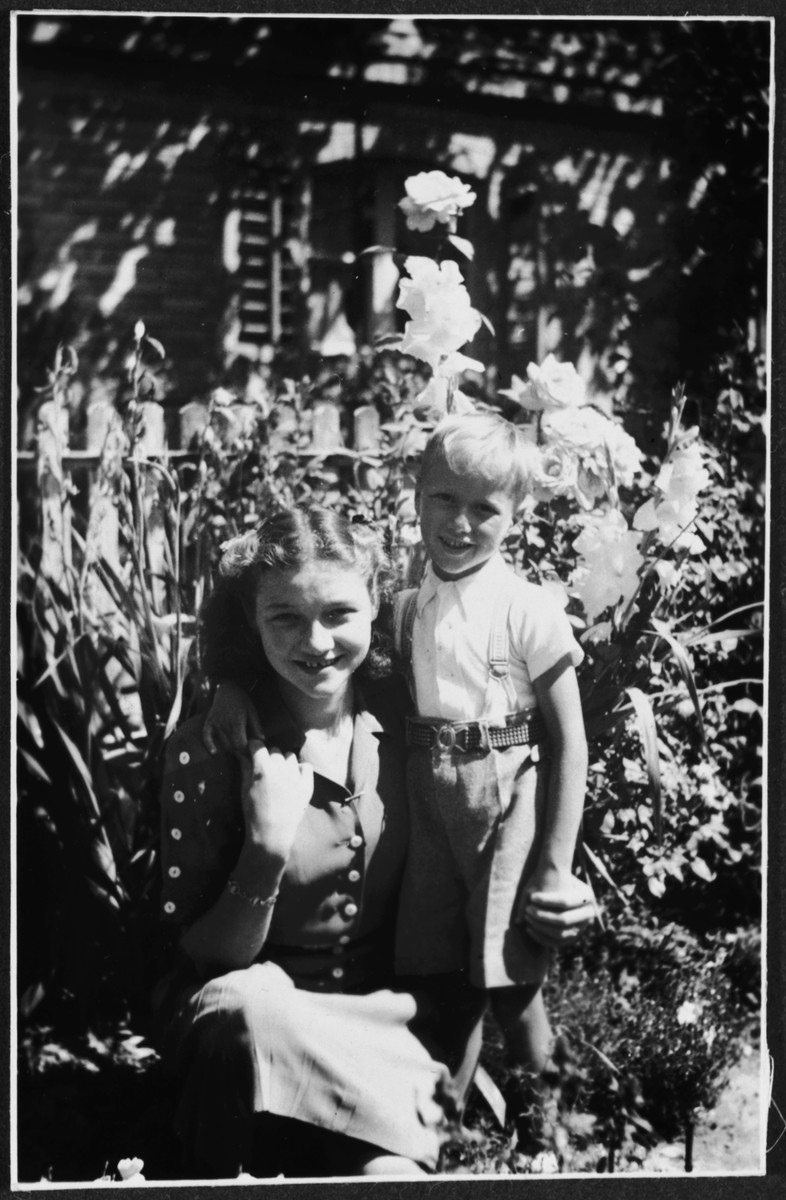 A half-Jewish refugee in Switzerland poses with the grandson of her hosts.

Pictured are Margot Schwarzschild and Hansueli Jost. She was invited to Switzerland by her Swiss teacher, Hanni Jost.