A young Jewish boy rides in a toy car on a sidewalk in Copenhagen. 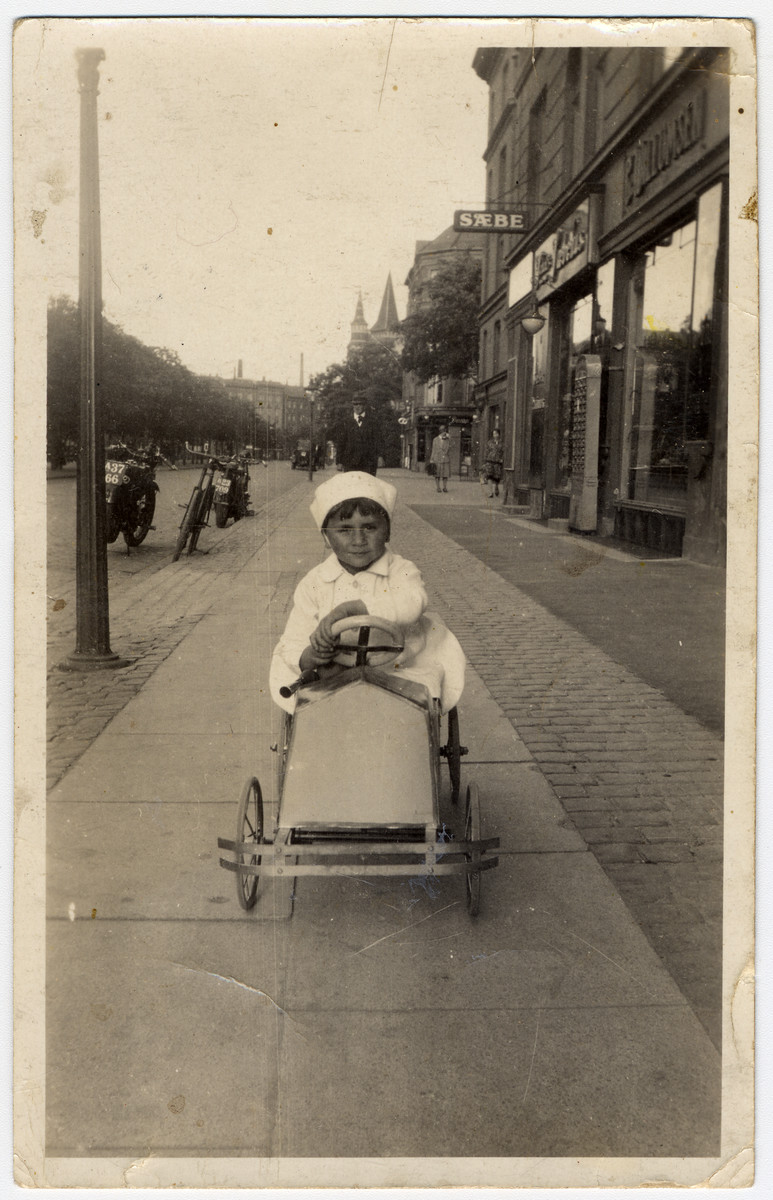 A young Jewish boy rides in a toy car on a sidewalk in Copenhagen.

Pictured is the donor, Herbert Krogman.