A young Jewish man in a Danish military uniform walks down a street in Denmark. 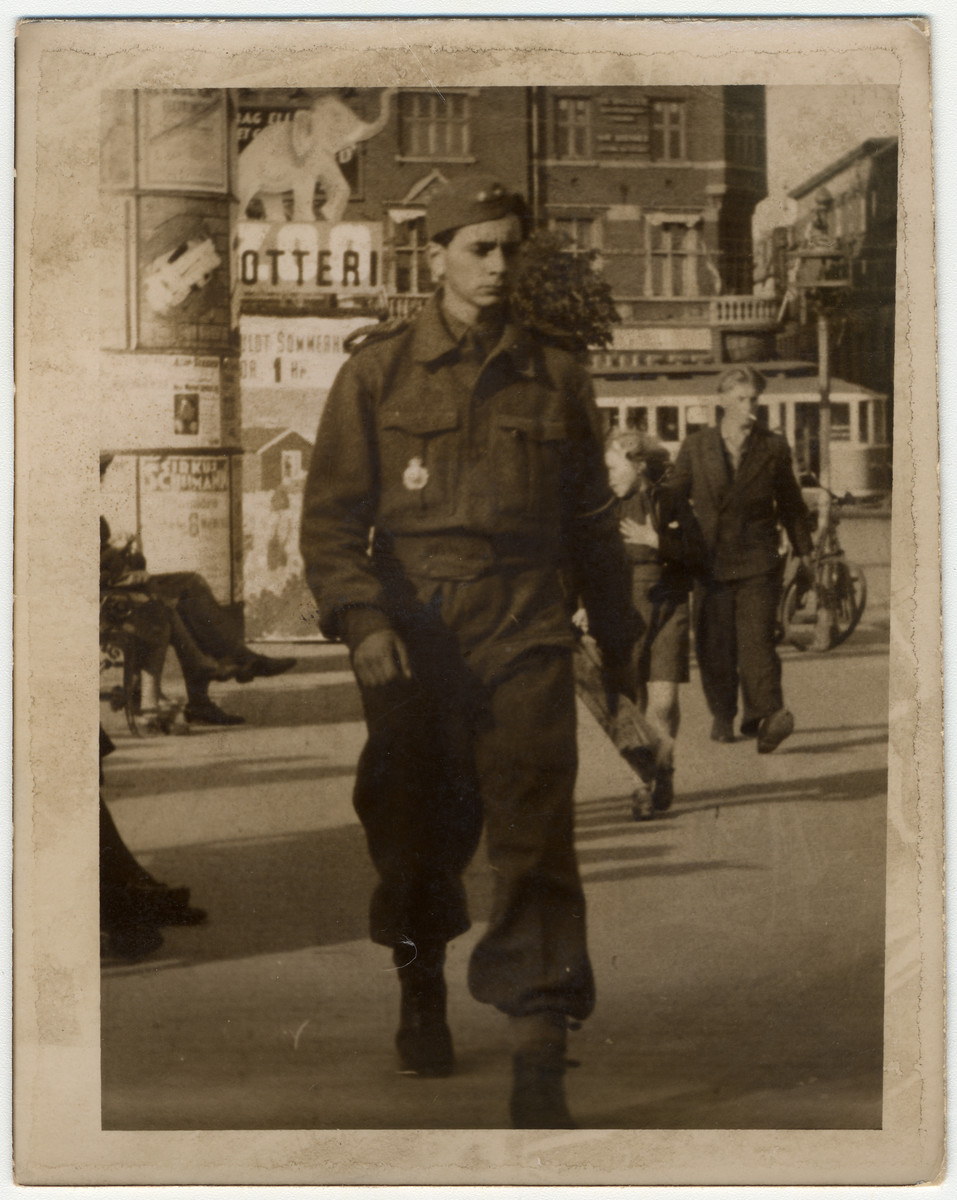 A young Jewish man in a Danish military uniform walks down a street in Denmark.

Pictured is the donor, Herbert Krogman.