A group of Jewish men have a conversation in front of one of the ghetto factories. 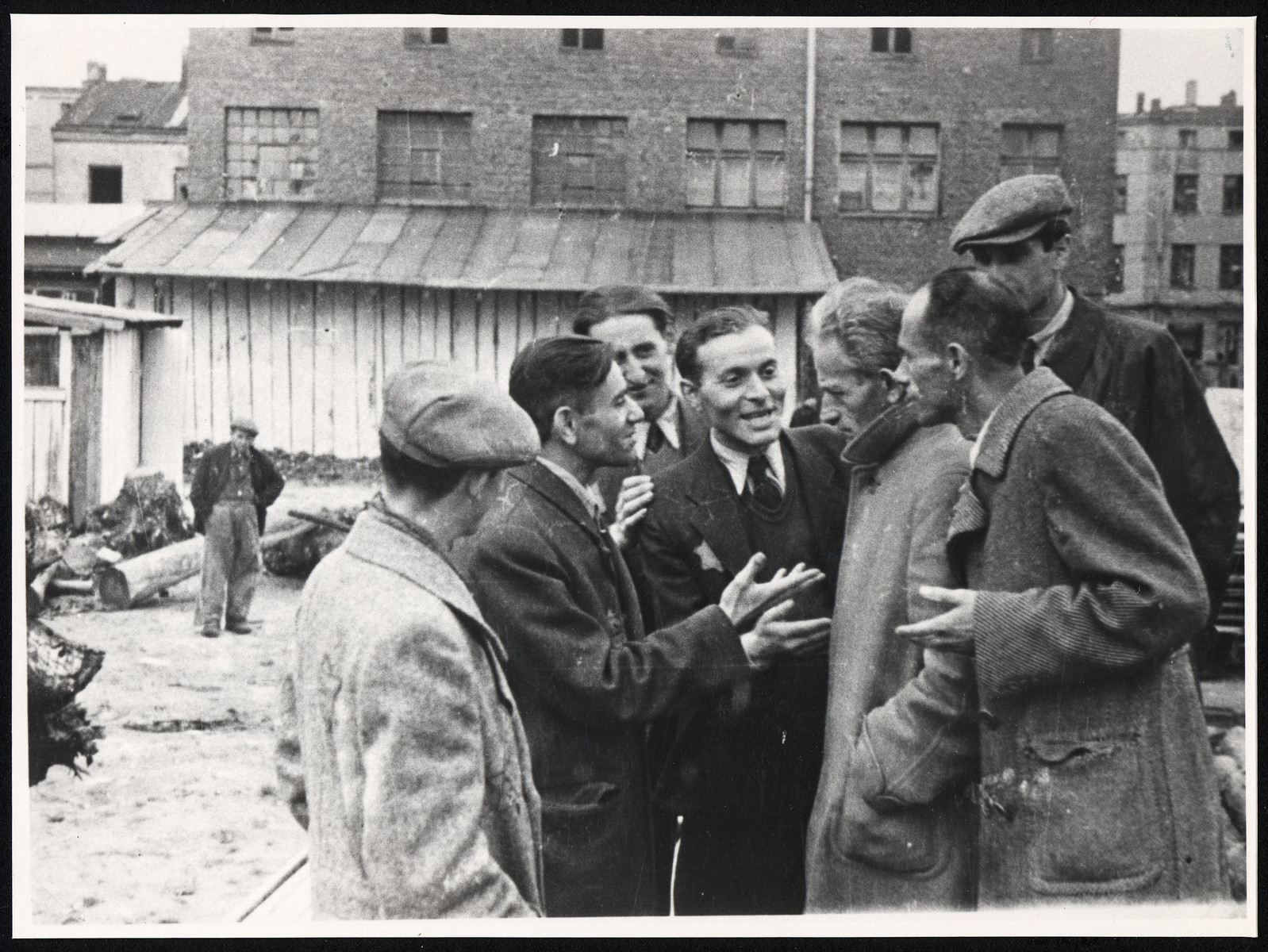 A group of Jewish men have a conversation in front of one of the ghetto factories.

Among those pictured, in the middle, is donor's husband, Pinchas Szwarc and behind him may be his brother Josef.