A Maccabi gymnastic team poses standing in a row in sailor costumes. 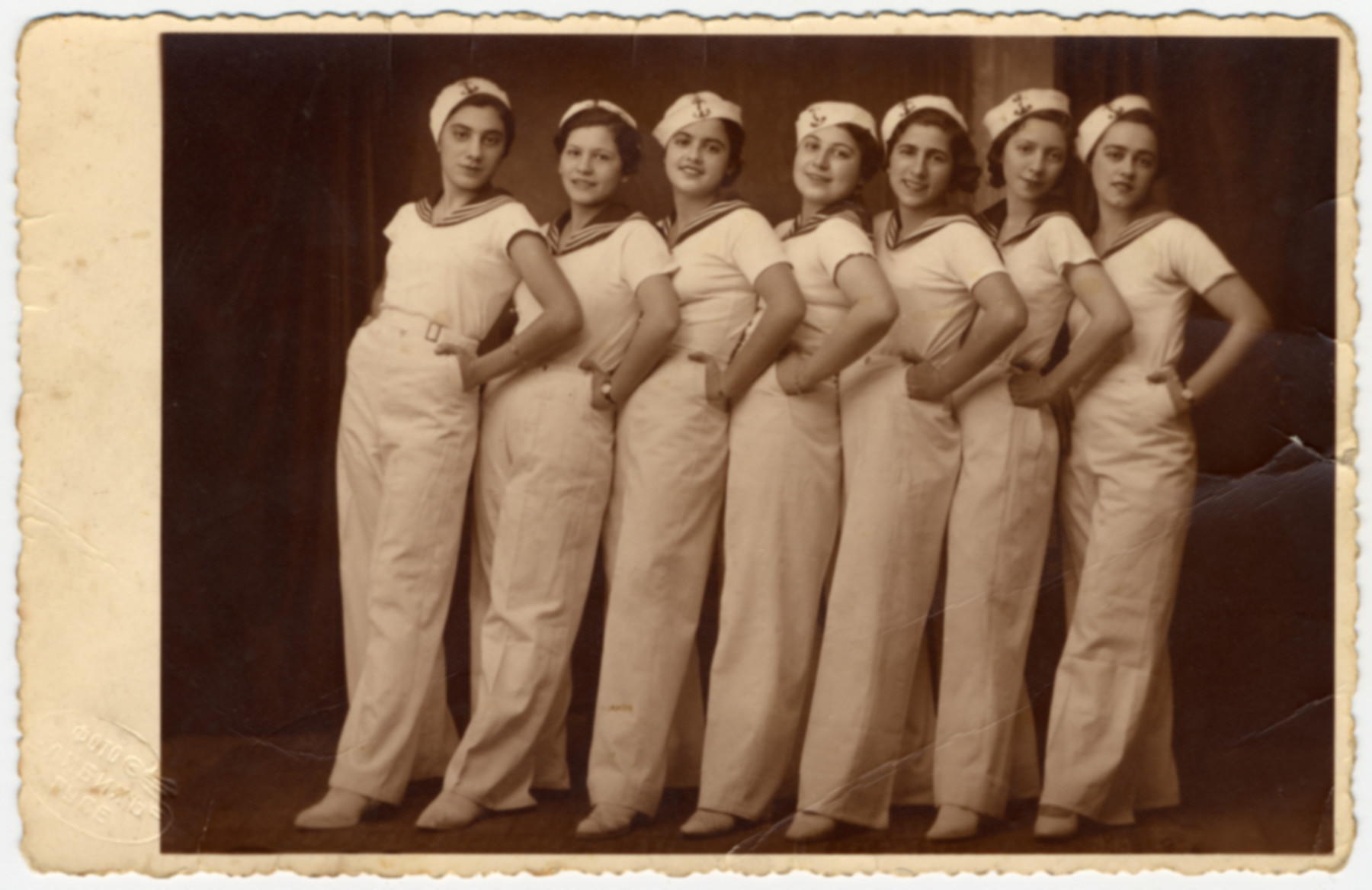 A Maccabi gymnastic team poses standing in a row in sailor costumes.

Victoria Ashkenazi is pictured third from the left.