Nazi officers watch as Commandant Richard Baer exchanges documents with Karl Bischoff during the dedication of the new SS hospital in Auschwitz. 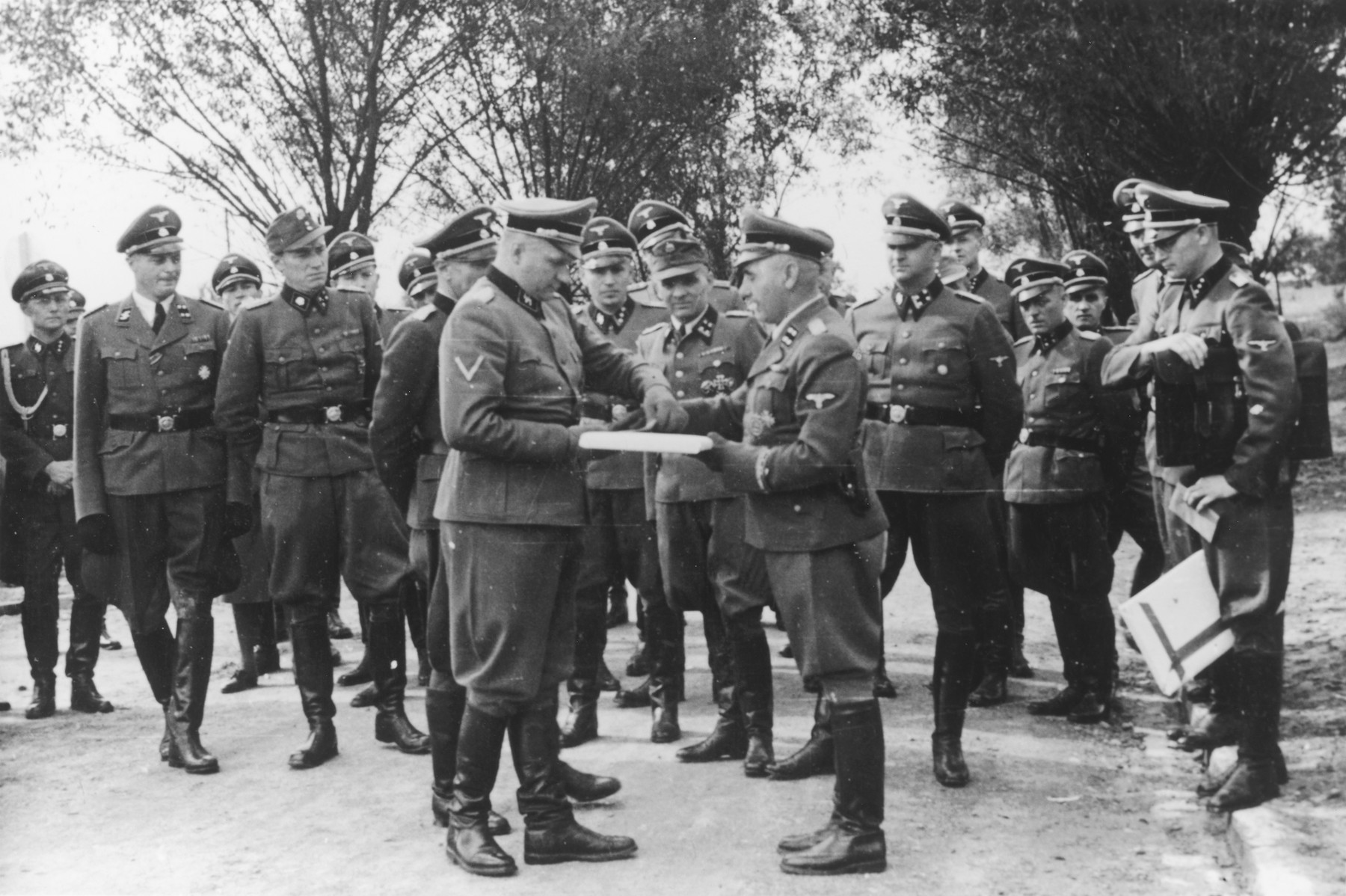 Nazi officers watch as Commandant Richard Baer exchanges documents with Karl Bischoff during the dedication of the new SS hospital in Auschwitz.

Dr. Eduard Wirths stands on the far left. Dr. Heinz Baumkoetter is fifth from the left. In the center are Commandant Richard Baer, Karl Hoecker and Rudolf Hoess and Karl Moeckel. Holding the documents on the right is (most probably Werner Jothann). To the right of Wirths, is (probably August Harbaum, adjutant to Richard Gluecks).