Young Zionists eat in the dining hall of a kibbutz hachshara in Loosdrecht. 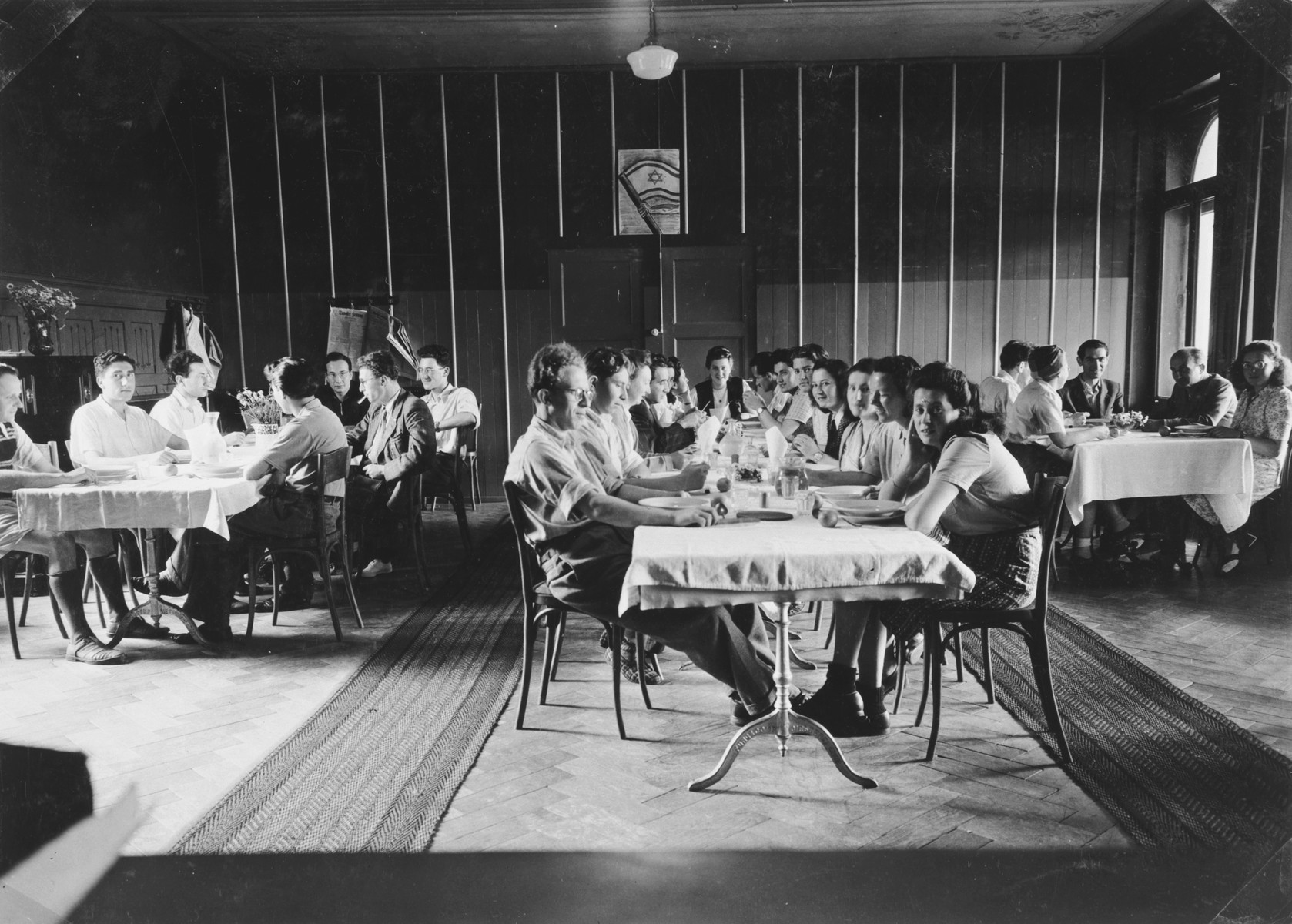 Young Zionists eat in the dining hall of a kibbutz hachshara in Loosdrecht.

Among those pictured is Letty Rudelsheim.