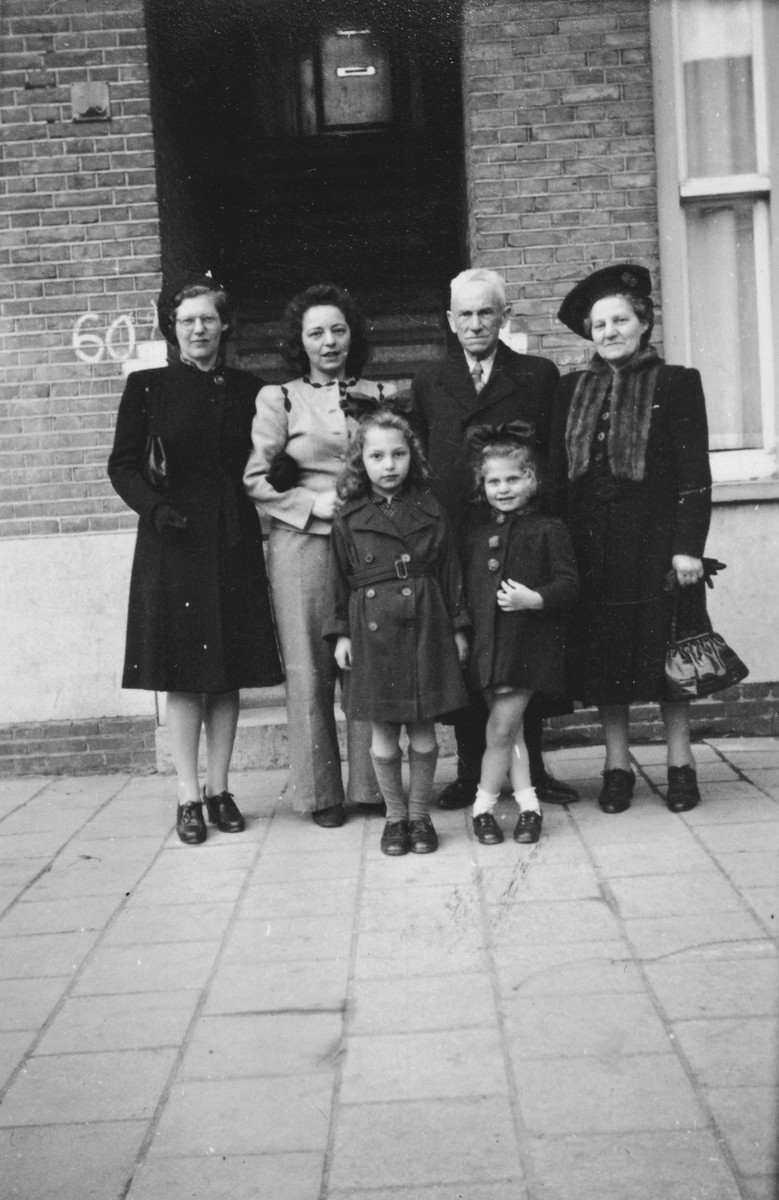 Among those pictured are the sister of Letty Rudelsheim and her two children.