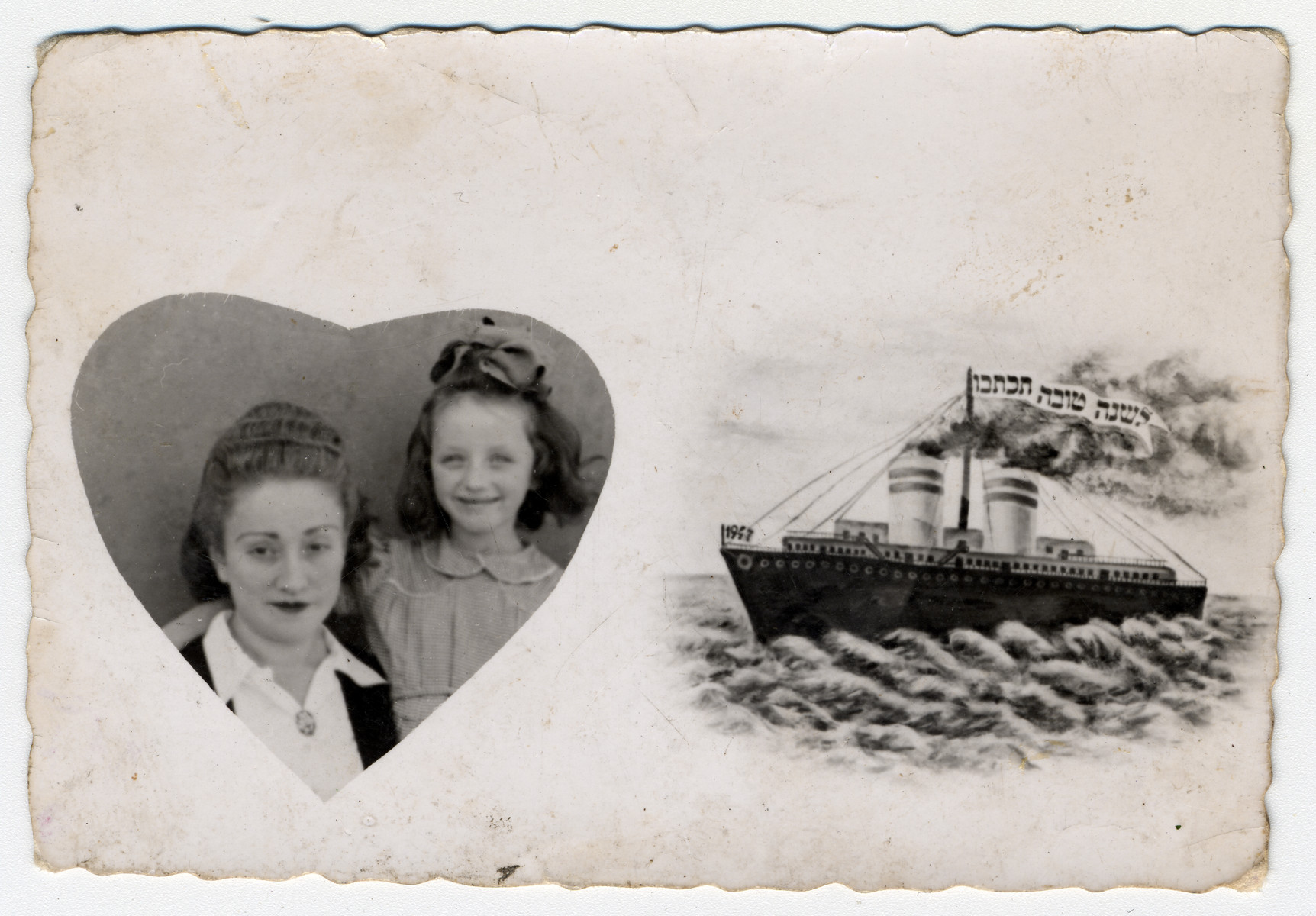 Biography
Regina Gertner (born Regina Nurnberg) was born in Buczacz, Poland on April 8, 1921. She had an older sister, Betka (born January 7, 1919), and had a younger sister, Malcia Gelbard. Regina had finished gymnasium and was preparing to study to become a pharmacist, when WWII broke out. On January 28, 1940, she married Hersch Fenster (b. 1908, Popovitz), a businessman from a small town near Tluste, and on November 12, 1940 their daughter Lusia (now Lucy Gertner) was born in Buczacz. In June 1941, German troops occupied Buczacz, followed by mobile killing unit Einsatzgruppen D in July 28. In late 1942, a walled ghetto was established, and the living conditions and resulting typhus epidemic took the lives of countless people. From October 1942 through May 1943, the Nazis conducted a series of Actions in Buczacz, in which thousands of Jews were rounded up and sent to Belzec concentration camp or shot at a site near Fedor Hill.

After the German occupation, Lusia, Regina and Hersch fled with her from place to place, hiding both in Buczacz and in the Tluste ghetto. In 1942 Regina's brother-in-law, Samuel Gertner, arranged with a Greek Orthodox priest for Lusia to be hidden in a convent in Czerwonogrod. A Polish woman left two-year old Lusia at the door of the convent, and the nuns, not realizing that she was Jewish, took her in. In the following years, the nuns and children at the convent suffered much hunger, and Lusia contracted pneumonia, but she remained there until the end of the war. After securing Lusia's safety, Regina and Hersch went into hiding with one of Hersch's sisters, Scheindale (Sabina); her husband, Samuel Gertner; and their teenage daughter, Udale. With the help of a Polish friend named Wolynski, they were able to find shelter in a small bunker located below a stable, in the Kosciuskowka Colony near Tluste. Scheindale and Udale Gertner were killed two weeks before the war’s end.

In 1942 or 1943 Hersch left Regina temporarily in a hiding place holding his sister Chana Fenster Rum, her husband Abraham and their daughter, Esther, while he went out to check on another of his sisters, Pesse Fenster Schechner. He was to return and take Regina to a different hiding place that he had arranged for both of them, but was shot when he left the bunker. Regina remained in the bunker, but when the Soviet army entered Buczacz in March of 1944, she was in such poor health she was unable to walk out of the bunker unassisted. Several months later, in July of 1944, the German army retook the area and the Soviet army was forced to retreat. Regina's older sister, Betka, who had also been hidden during the war, was informed on by a Polish woman, and was killed by the Germans. Her younger sister, Malcia, survived, married Simon Gelbard, and lived until 2007.

After the end of the war, Regina tried to reunite with her daughter. The nuns were reluctant to part with her, though, and it became necessary for a group of Regina's friends and several Russian soldiers to remove Lusia from the convent. Local Ukrainians, having learned that the convent had sheltered Jewish children, set fire to it the day after Lusia left, killing all or many of the remaining nuns and children.

Regina and Lusia then made their way west, and arrived in Vienna in 1945. From there, they traveled to the Salzburg displaced persons camp, to Munich, and finally they arrived in the Fohrenwald displaced persons camp in May of 1945. Lusia, who was very ill with tuberculosis, recuperated at a hospital at Gauting, and later at Bad Woerishofen. Regina found work at Fohrenwald as an assistant immigration officer with UNRAA and the Joint Distribution Committee, and they stayed there until 1949. While there, Regina married her brother-in-law, Samuel Gertner, who had been married to Regina's first husband's sister prior to the war. On Labor Day, 1949, they traveled to Hamburg, where they boarded the General Stuart ship and immigrated to the United States.