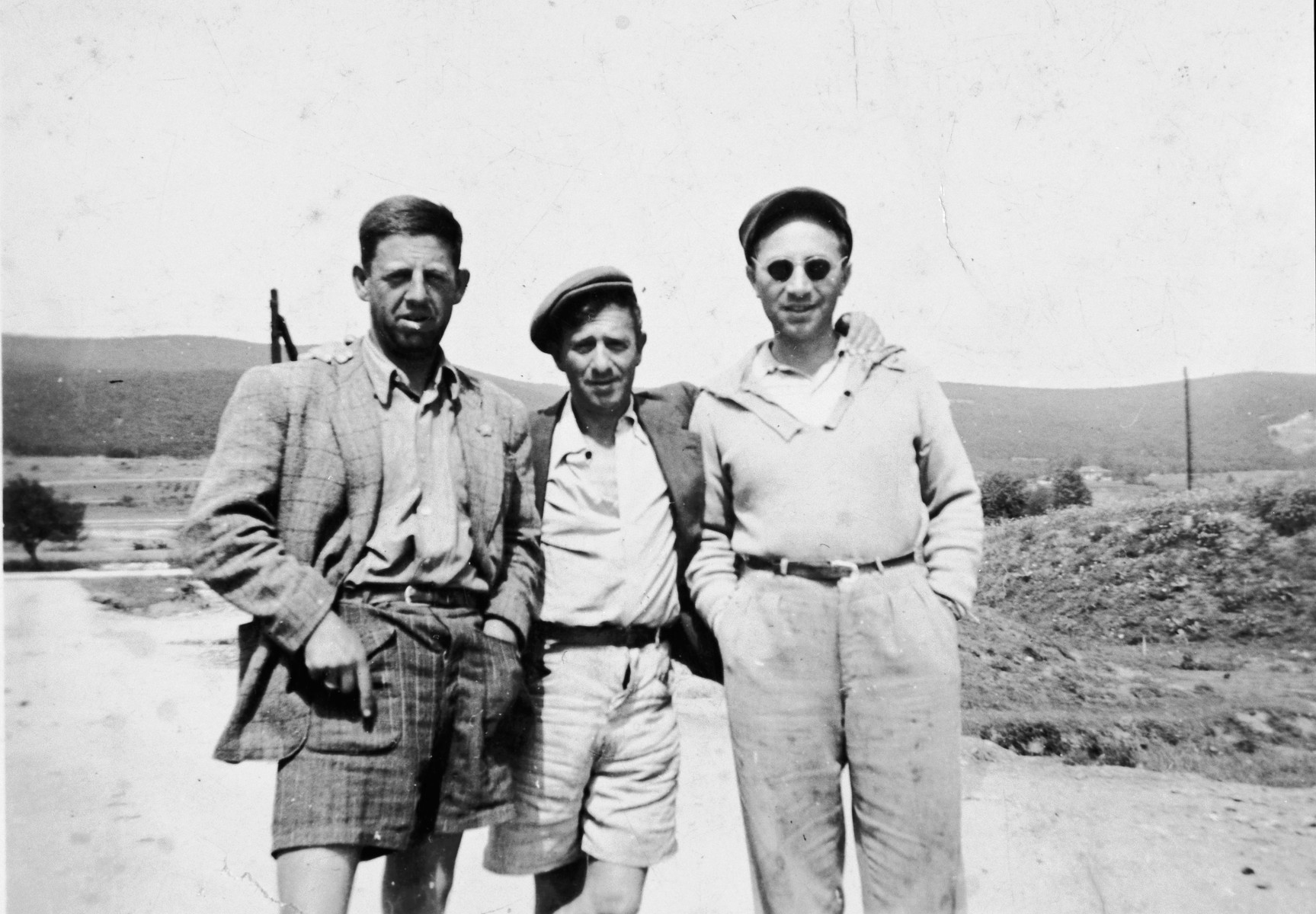 Pictured are Gabriel Avramoff (donor's father, center) and two of his co-workers.