Close-up portrait of a young man at a summer camp run by the Reichsbund Juedische Frontsoldaten (RJF). 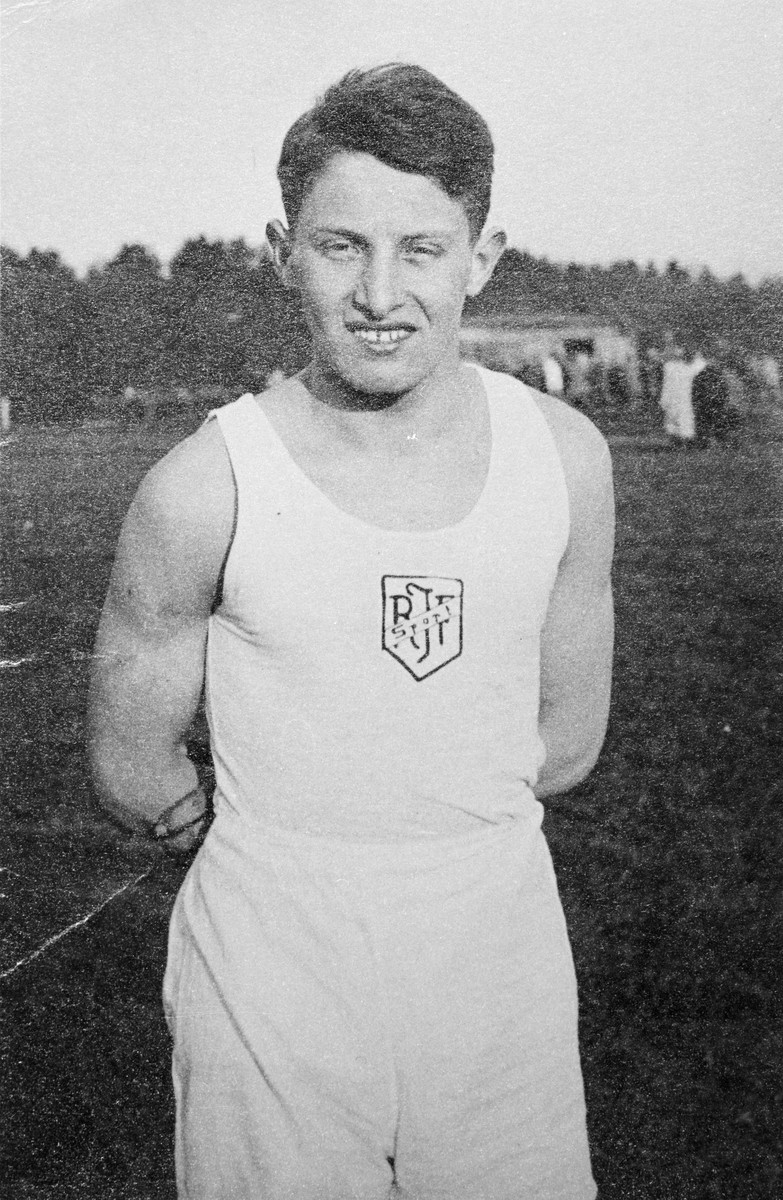 Close-up portrait of a young man at a summer camp run by the Reichsbund Juedische Frontsoldaten (RJF).

Biography
George Landecker was born on October 1, 1918 in Nordenburg, Germany. In May 1936 he became one of the first teenagers admitted to a new Jewish agricultural training center in Gross Breesen. He brought with him some prior experience with animals as his grandparents owned two cows, and his father used a horse in his hauling business. After a year or two, George moved to Frankfurt where he was arrested on the night of Kristallnacht. After arriving in the Buchenwald concentration camp, he met former classmates and faculty from Gross Breesen. He therefore sardonically commented that Buchenwald was hosting the school's first reunion. Most of the other students were released after five weeks, but George remained in the camp for an additional three weeks. After his release, George made plans to emigrate, and in February 1939 he left for the Netherlands to wait for an American visa. The following year he immigrated to the United States on board the Veendam and came to Virginia to work on a communal farm with other former Gross Breesen students. After some time, the farm disbanded. George met Jessie, and they wed in October 1943. George also enlisted in the US army and fought in Europe. After the war he purchased a diary farm near Utica, N.Y. George's parents and siblings Eva, Hanna and Martin also escaped, but he lost twenty members of his extended family.