Group portrait of girls and faculty in a Polish school in Grzymalow. 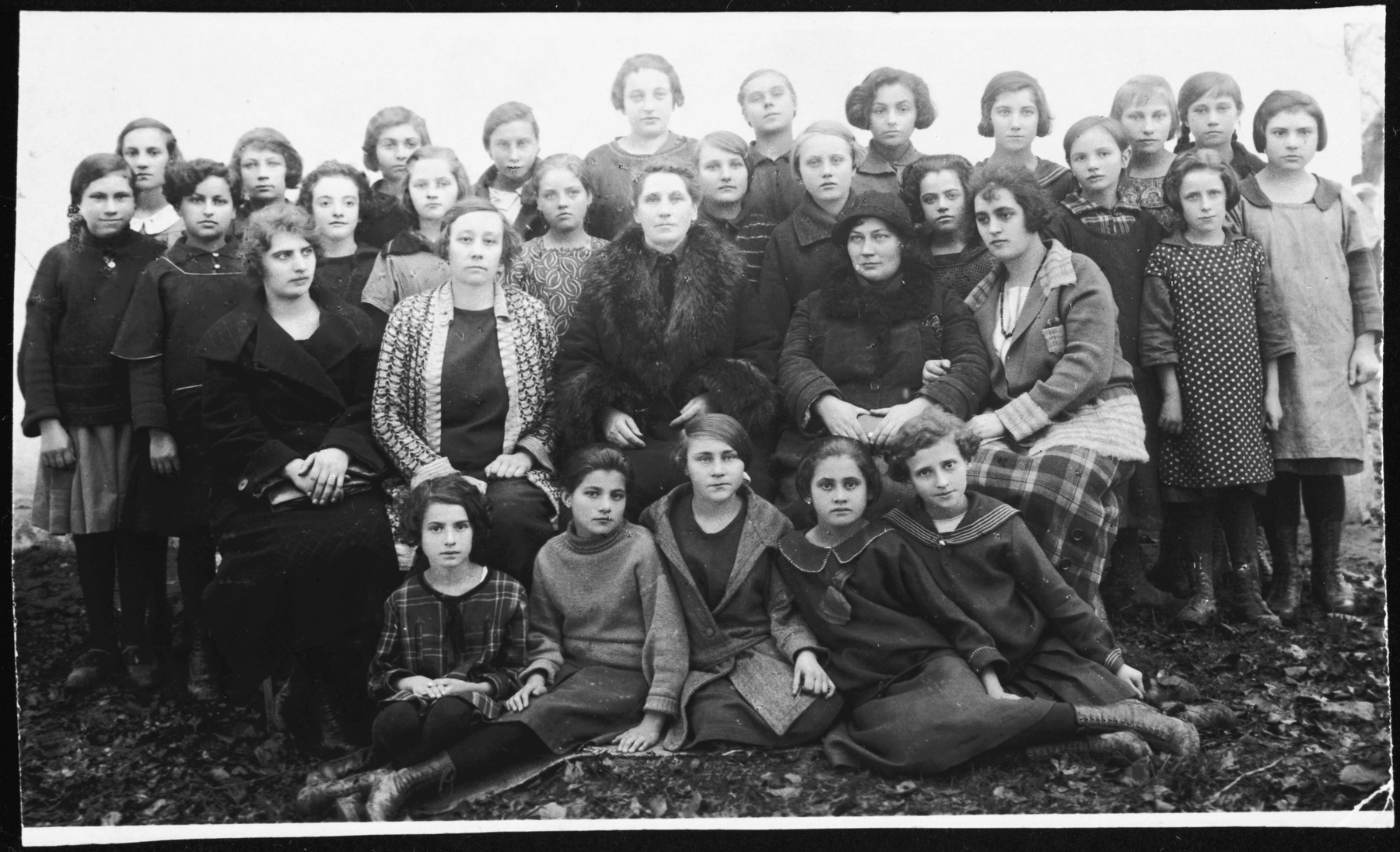 Group portrait of girls and faculty in a Polish school in Grzymalow.

Lea Somerstein is pictured on the bottom right. The second girl from the left in the upper row is Ernestina (Tina) Hellreich.

Biography
Sheila Lerner Levitan is the daughter of Lea Somerstein (later Lerner). Lea Somerstein was the youngest of five children born to Eli Henoch Somerstein and Sara Somerstein nee Millgrom. Lea was born in 1914 in Grzymalow in Eastern Poland where her father was a merchant and taxi driver. In 1930 she immigrated to Toronto, Canada. Four of her siblings, Moishe, Ruben and Betty had also immigrated. Her father was unwilling to leave, and her brother Hersh (Henek, b. 1909) stayed in Grzymalow with his parents. After the German invasion all three were shot, probably by local collaborators.