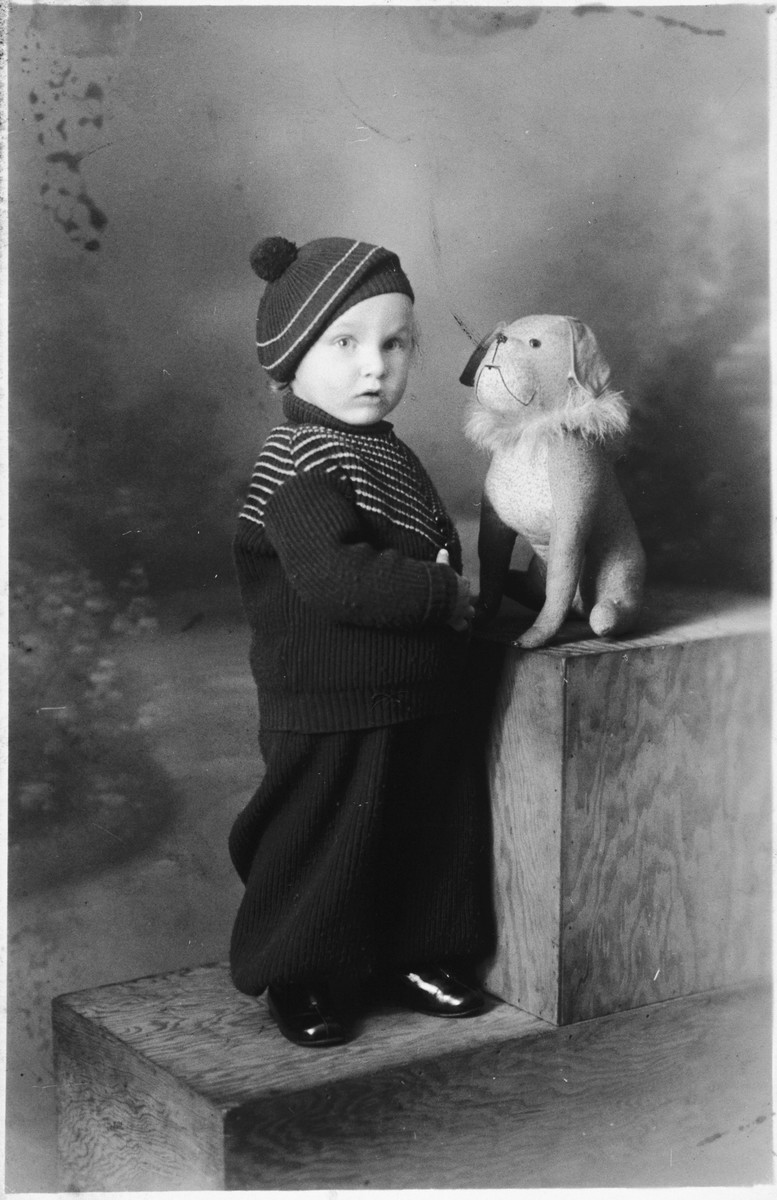 Biography
Jack Cynamon (born Jacques Cynamon) is the son of Icko Cynamon and Rosie Cynamon, nee Zederbaum. His father, born on March 3, 1901 in Biala Podlaska, Poland, fled to Belgium to escape Polish National Service in Poland. After arriving in Brussels in 1926 he started a business as a leather goods manufacturer. Rosie was born in London in 1907 and came to Brussels with her parents for health reasons. She arrived at age 20 speaking neither Yiddish nor French. Rosie and Icko met in a restaurant owned by one of her relatives; they later married in the same restaurant. Jacques was born in 1934. After the German invasion of Belgium in May 1940, Rosie's parents returned to England. She also could have returned with Jacques, but since Icko could not obtain an entry visa, Rosie decided to remain in Belgium with her husband. In 1941 they tried to escape first to Spain and then to Switzerland but both times were unsuccessful, and they had to return to Belgium. Over the next year, the Nazis increased anti-Jewish persecutions in Belgium, and in 1942 the family went into hiding. A former employee of Jacques' father, John Cnudde, brought them food each day. Jacques' parents next contacted the CDJ (Comite de Defence des Juifs) who in turn contacted Father Joseph Andre, a Belgian priest who organized the rescue of hundreds of Belgian Jewish children. Father Andre first sent Jacques to Home de l'Ange in Namur and then to Chateaux d'Ostemree in Serville. Jacques assumed the name of his father's employee and became Jacques Cnudde. Jacques' parents stayed in hiding but were discovered by Gestapo in early 1944 and sent to Maline. From there, Icko was deported on convoy XXIV to Auschwitz where he arrived on April 7, 1944. More than half of the convoy, including Icko Cynamon, perished in the Holocaust. Since Rosie was a British citizen, she was not sent to Auschwitz and instead transferred to La Bourboule, a camp in France. During the Battle of the Bulge, Father Andre evacuated the children under his protection back to Brussels. Rosie, who had just been liberated found Jacques there, and brought him back with her to Bourboule. They remained there in a hotel with other British and American internees until the end of the war. Rosie, with Jacques, returned to England on August 2, 1945, living first with her parents and then in their own home. In 1968 Yad Vashem recognized Father Andre as Righteous Among the Nations.