Group portrait of Romanian Jews sailing from Constanta to Israel on board the Galila. 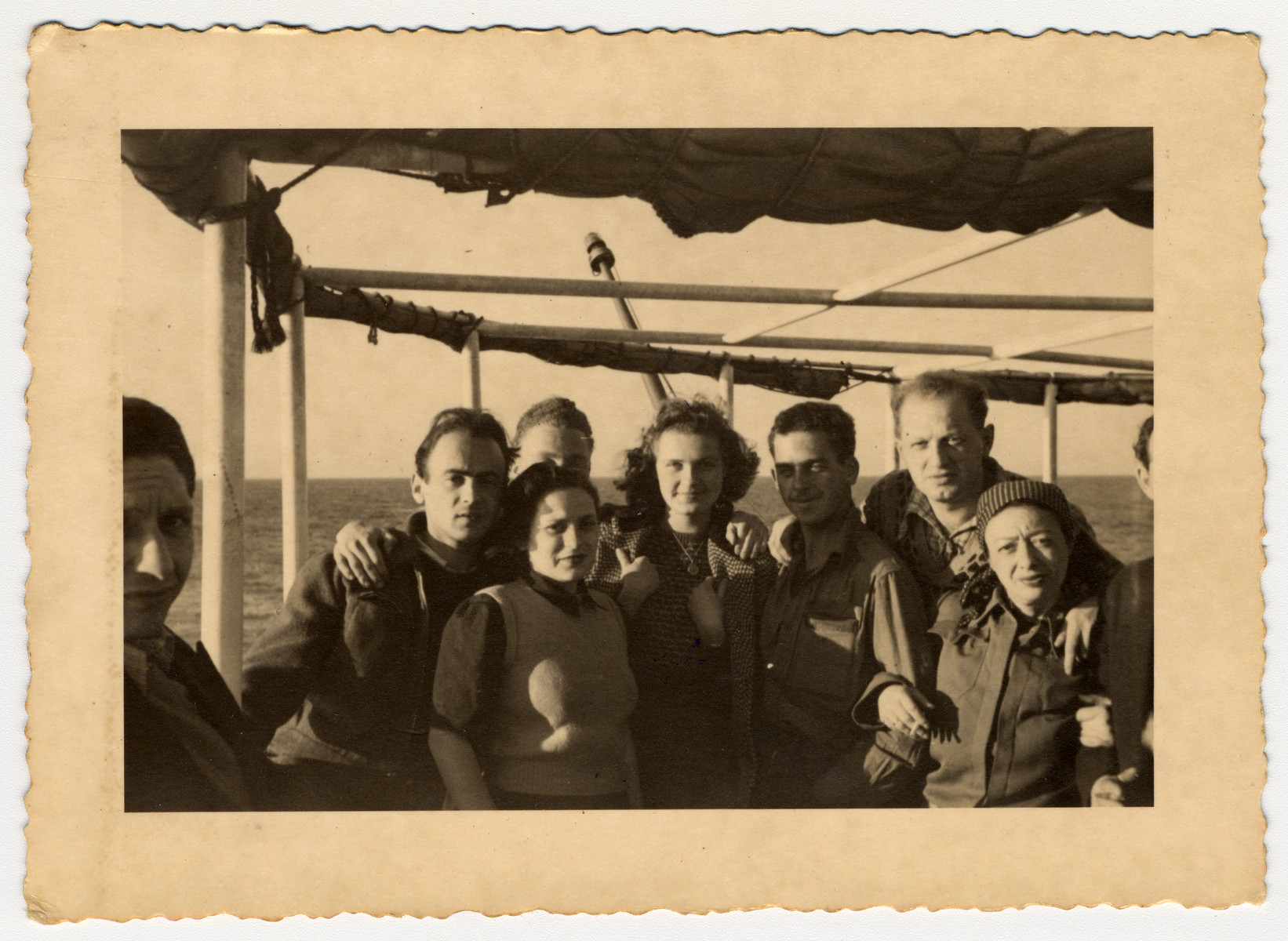 Group portrait of Romanian Jews sailing from Constanta to Israel on board the Galila.

Biography
Zev Siegel was born in 1930 in Washington, D.C. His parents immigrated from Vilna, Lithuania and spoke Yiddish at home. All his family were ardent Zionists, and Zev and his sister belonged to the Habonim youth movement. At the age of 16, Zev entered George Washington University. There the Hillel rabbi, Rabbi Greenberg, invited Jewish students to meet Ike Aronowitz who was recruiting crew members to help ferry Holocaust survivors from Europe to Palestine. Zev signed up and after some brief paramilitary training in the Catskills became the youngest crew member of the President Warfield, later renamed the Exodus. He received his naval training on board the ship. The ship left Baltimore harbor in February of 1947 and that July some 4500 Jewish survivors boarded the ship in southern France. After the British intercepted the ship in international waters and forcibly shipped the passengers back to Europe, Zev was transported back on the prison ship, the Ocean Vigour. Since he spoke Yiddish fluently, Yossi Harel (the Mossad commander of the Exodus) assigned him the job of "melave" (escort) to live together with the refugees and help maintain their morale and discipline. Her served under Zvi Meeri (Katznelson) the head melave. In September the British shipped the passengers back to Germany. Zev was sent first to Poppendorf and then to the Endem Marina Casserne, a former German submarine base. Through the help of his sister and Shula Alazoroff, the Mossad smuggled Zev out of the camps. He made his way to Marseilles and from there to Naples Italy where he boarded the SS Caserta in December 1947 and reentered Palestine on a Dutch passport that had been issued to Clara Poliakov and then reissued to him under a false name. After arriving in Haifa, Zev in settled in Moshav Kfar Beit Herut, where his family had already moved. A few months later he joined the nascent Israeli navy and served on the former USS Northland during Israel's War of Independence. That fall, during a cease-fire, Zev joined the crew of the Pan Crescent (Atzmaut) to ferry internees to Israel. The British still controlled Cyprus and only allowed non-combatants to leave the island. However, at the command of the ship's captain, Ike Aronowitz, Zev smuggled combatants on board the ship to join the new Israeli army. The following year, Zev joined the crew of the Galila which transported new immigrants from Constanta, Romania. This time the Soviet Union controlled who was allowed to immigrate. Zev again worked to smuggle Zionist leaders on board the ship. After the war, Zev became a manufacturer of technical ceramics.