Three Jewish brothers walk down a street in Sofia en route to a concert. 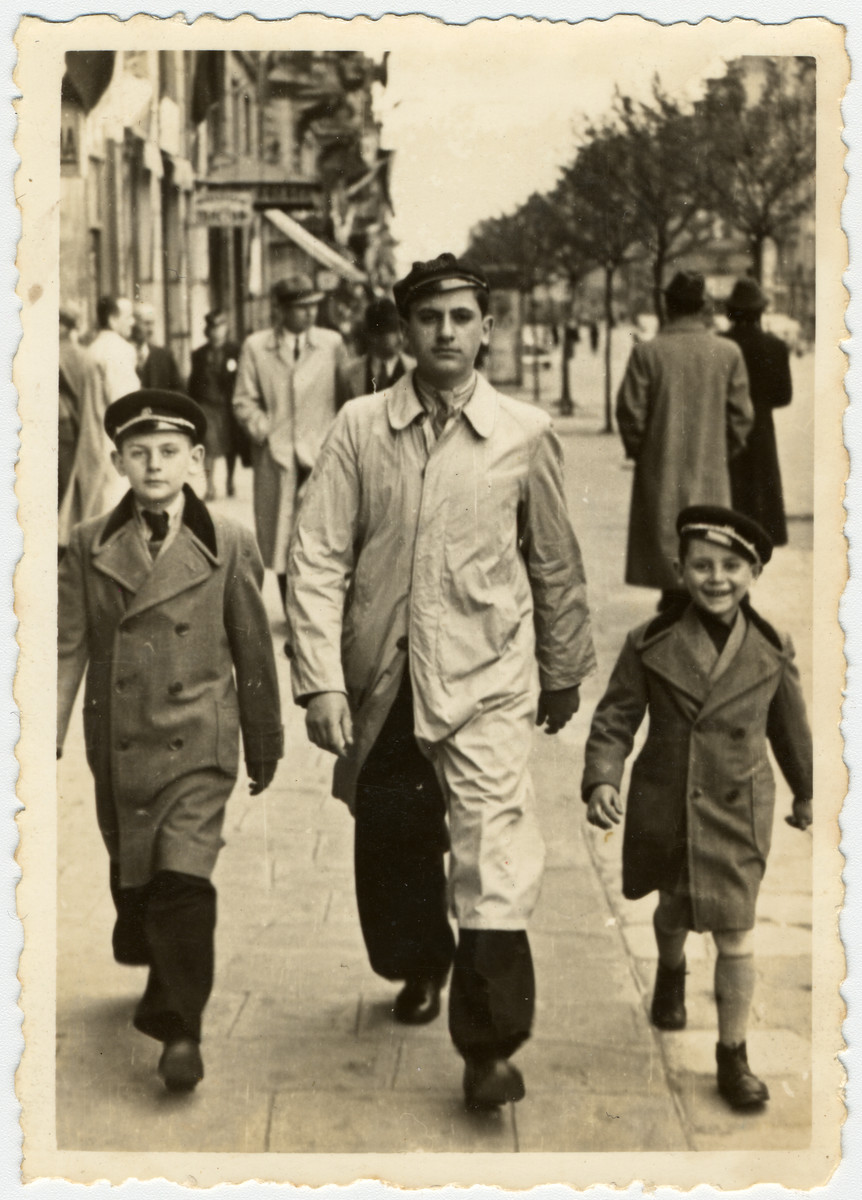 Three Jewish brothers walk down a street in Sofia en route to a concert.

From left to right are Albert, David and Moise Farhi.