Group portrait of children in the Jewish school in The Hague. 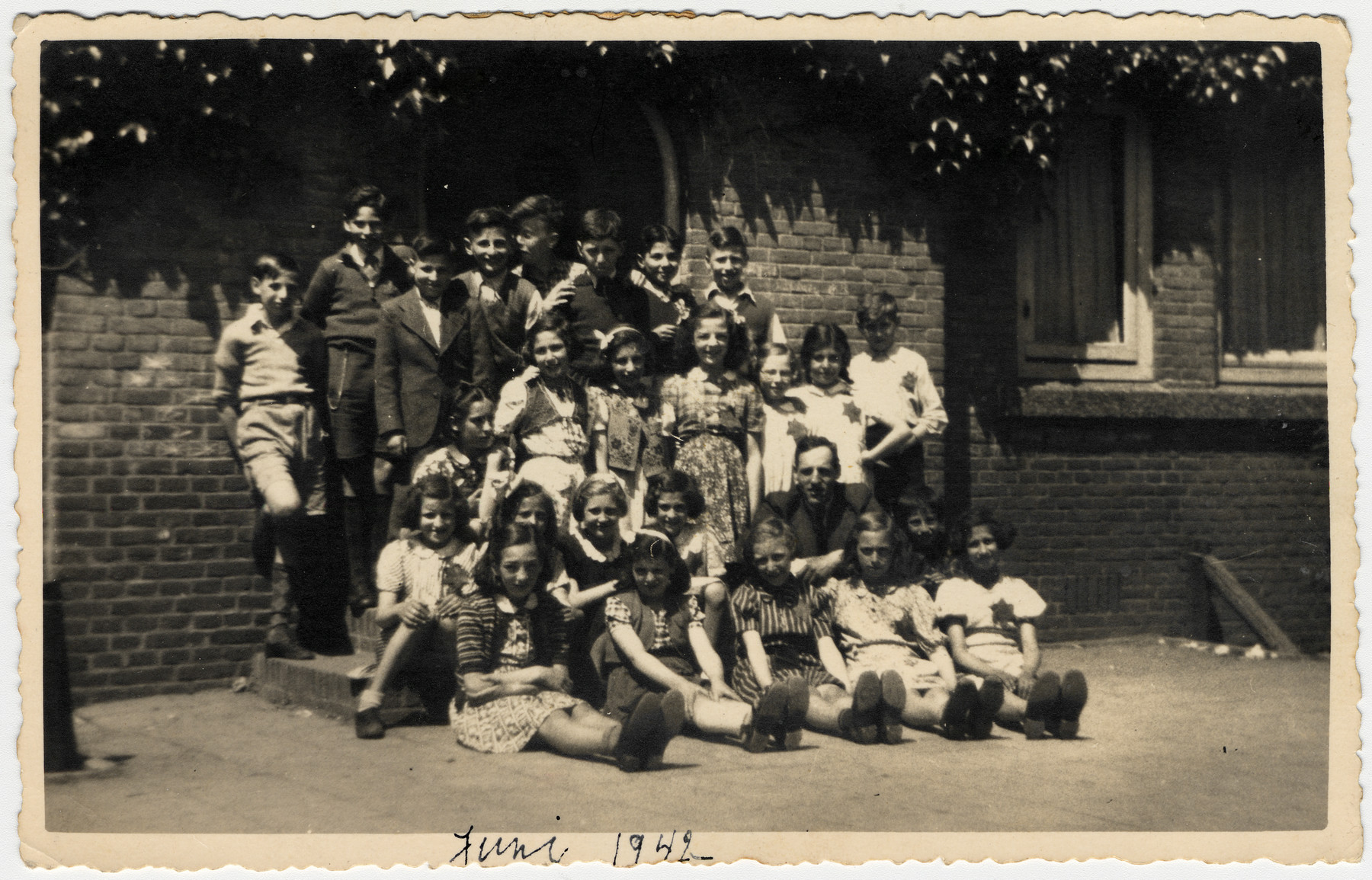 Group portrait of children in the Jewish school in The Hague.

Among those pictured is Clary Vromen.