Jewish serviceman Kurt Klein hikes in the mountains near Oberammergau where he had hiked with his family before immigrating to the United States. 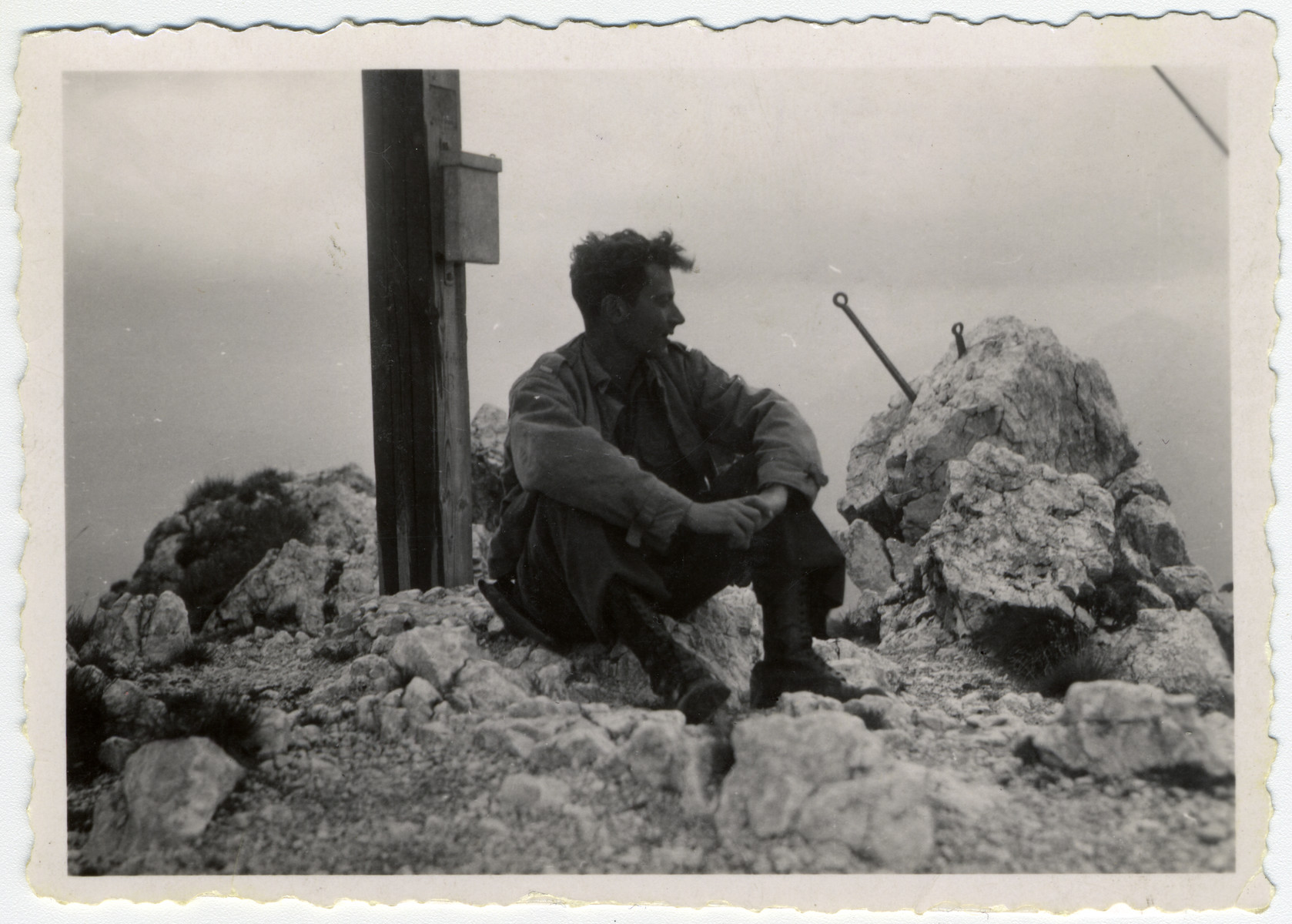 Jewish serviceman Kurt Klein hikes in the mountains near Oberammergau where he had hiked with his family before immigrating to the United States.

Biography
Kurt Klein was youngest of three children born to Ludwig and Alice Klein. He was born on July 2, 1920 in Walldorf, Germany where his father worked as a grain broker. Kurt had intended on attending gymnasium after finishing elementary school. However, owing to antisemitic restrictions and the family's changing economic conditions following the Nazi take-over, he instead had to leave school and learn a trade. Since Kurt was an avid reader, he decided to become a printer. A German neighbor agreed to take him on as an apprentice, but after a few months authorities told him to fire Kurt. Kurt then went to work for a Jewish tobacco company. Since he had no future in Germany, Kurt decided to emigrate. His sister Irmgard (Gerdi) who was one year older had already immigrated to the United States and joined relatives in Buffalo New York. She facilitated Kurt's immigration, and Kurt joined her in Buffalo in July 1937. The following year, his older brother Max also immigrated to the United States. After his arrival Kurt began working as a printer and saving money to bring his parents. However, Kurt's parents hesitated registering for immigration visas, and by the time they completed the paperwork, they received a fairly high quota number. Kurt and his siblings attempted to obtain a waiver for them to come outside the quota system since they were already in the States, but they were ineligible since they were not yet citizens. Over the next several years Kurt maintained regular correspondence with his parents; one letter described that on Kristallnacht the family's furniture was smashed, and his father was briefly incarcerated. Two years later, in October, 1940 his parents were deported to Gurs, a concentration camp in southern France, together with all the Jews from Baden and the Palatinate. Meanwhile, Kurt and his siblings continued to work to get their parents to the United States. Finally in November 1942, the State Department wrote to Kurt informing him that his parents had received clearance to leave. However, the news arrived too late. Three months earlier, on August 19, 1942, Ludwig and Alice Klein were sent on transport 21 from Drancy to Auschwitz where they were murdered. Kurt was inducted into the United States army in 1942. When the army discovered he was fluent in German, they sent him to Camp Ritchie in Maryland for intelligence training. He became attached as intelligence officer to the 5th Infantry Division to conduct interrogations of German POWs. Towards the end of the war, soldiers from his unit discovered 130 starving, emaciated Jewish female death-march survivors in a factory near Volary, Czechoslovakia. Kurt went to investigate the following morning and help arrange for medical help. He addressed the first woman he met in German, and she showed him where the others were staying. He soon fell in love with the woman, Gerda Weissmann (born in 1924 in Bielsko Poland). They married in Paris on September 1945.