Members of the Slomnicki family pose together on the grass. 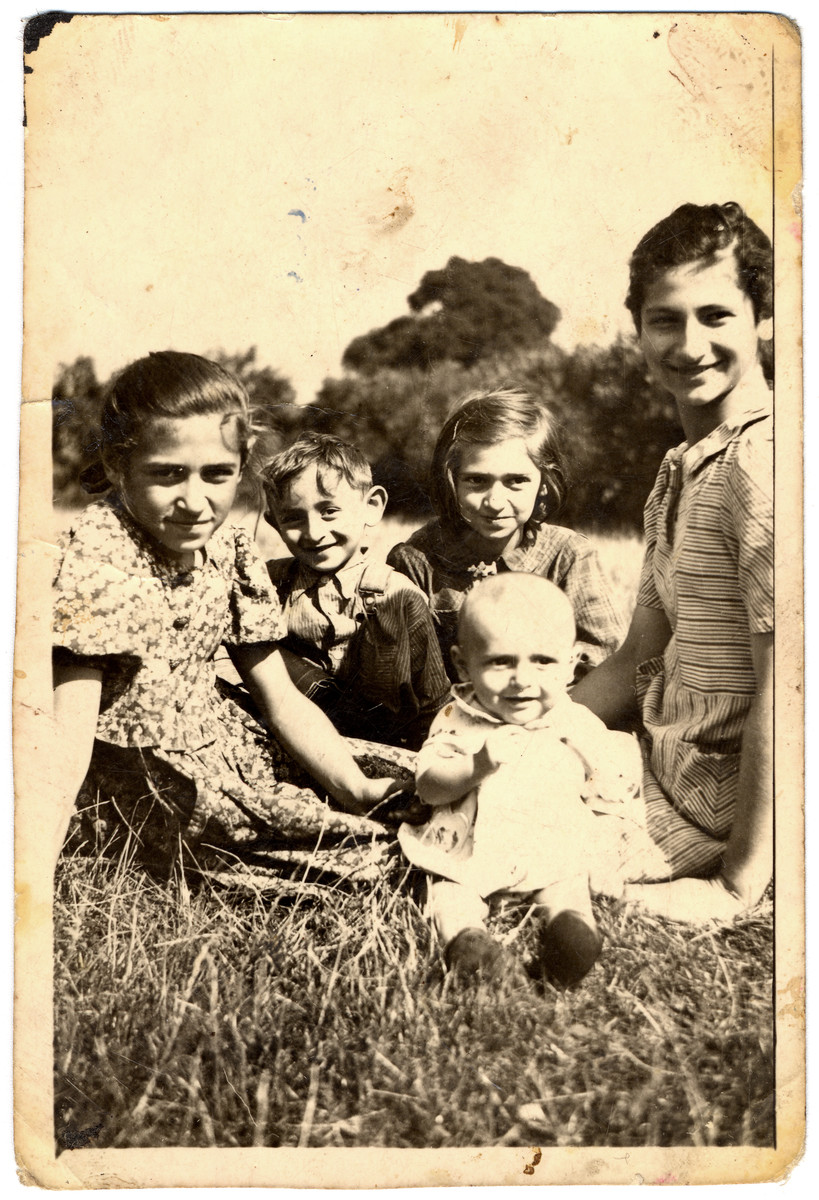 Members of the Slomnicki family pose together on the grass.

Pictured (left to right) are siblings Yentel, Karol, Gita, and Sally Slomnicki. Their nephew Gershon is seated in front. Sally Slomnicki carried this photograph with her through the camps.